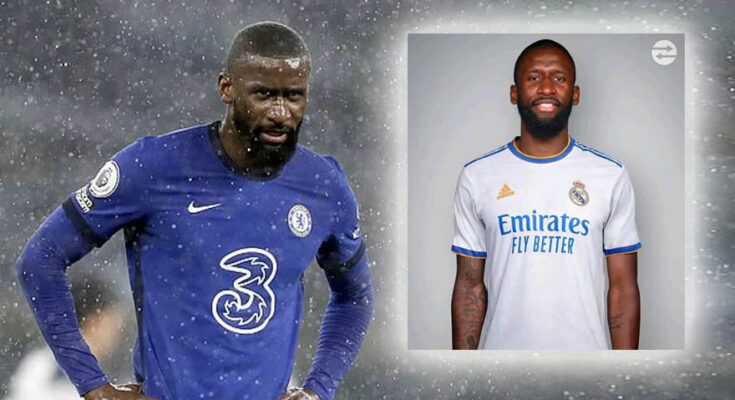 Chelsea rejected the chance to extend Antonio Rudiger’s contract until 2023 back in 2020 due to a ‘small signing-on bonus’, according to reports.

The 29-year-old will leave the Blues this summer upon the expiry of his deal in June, set to join Real Madrid.

According to Nizaar Kinsella, Chelsea previously reached a verbal agreement on terms but the small signing-on bonus saw an extension break down.

The report states that Chelsea were willing to offer him a one-year extension under Frank Lampard in 2020, despite a lack of game time.

AC Milan held interest but opted to sign Fikayo Tomori instead on loan with an option to buy, a successful deal for the Serie A side after lifting the league title with Tomori this season.

Rudiger was open to the idea of the contract extension at Chelsea and had agreed to the terms verbally but his brother and agenda demanded a ‘small sign-on bonus, which was ‘dismissed out of hand’ by Marina Granovaskaia.

Since the rejection, it has been difficult for Chelsea to reach terms on a new contract, with Rudiger’s form vastly improving under Thomas Tuchel and interest from elsewhere putting pressure on the club.

Chelsea were then sanctioned under Roman Abramovich and couldn’t engage in transfer or contract negotiations, leaving them behind their rivals and ultimately seeing Rudiger depart.

Sevilla defender Jules Kounde is reportedly keen on making a move to Chelsea in the upcoming summer transfer window, with three senior defenders set to leave the Blues this summer.

Defensive trio Antonio Rudiger, Andreas Christensen and Cesar Azpilicueta could all Chelsea upon the expiry of their contracts in the summer, meaning Thomas Tuchel’s side will be desperate for a new defender in the transfer window. According to 90min, Kounde could be the first player to sign for Chelsea this summer, with the player’s desire to join the Blues described as ‘unwavering’.