Ciryl Gane explained how he dealt with his first career loss against Francis Ngannou, and how he’s preparing for his next opponent, Tai Tuivasa 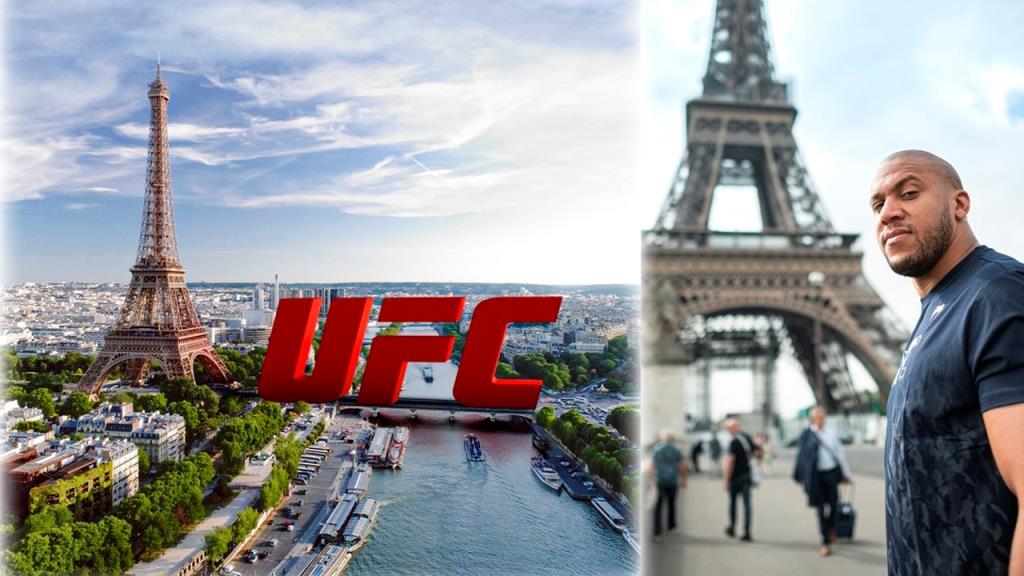 UFC will make its long-awaited debut in Paris with a hometown headliner when ex-interim champion Ciryl Gane looks to get back into the heavyweight title hunt against fast-rising power puncher Tai Tuivasa. In addition, former middleweight champion Robert Whittaker will try to keep himself afloat in the 185-pound title picture when he collides with rough-and-tumble Marvin Vettori.

“Bon Gamin” Gane explained how he dealt with his first career loss against former teammate Francis Ngannou, and how he’s preparing for his next opponent, Australian Tai Tuivasa.

“Just after the fight [against Francis Ngannou], a few minutes after the fight, when I checked in with [the doctor], I was really, really sad,” Gane told MMAnytt.

“Like a young guy who just lost in soccer… I remember when I was young, and I cried a little bit, you see. After that I did the cage interview, then at night it was OK. [I was] with my friends, my family. We hung out. So it was OK. I made a few mistakes but it was a really great fight from me and Francis. But I made some mistakes and that’s why I lost the fight. But it’s ok now. I’m OK with this. I can manage this.”

“Bon Gamin” Gane has put the loss, his first ever in martial arts, behind him – a process that was made easier by the fact that he put on a very competitive effort against the reigning champion. The heavyweight talent is now fully focused on his next opponent, “Bam Bam” Tuivasa.

“For me Tuivasa is really dangerous. Really, really dangerous. And that’s why he’s number three in the rankings. Yes, I take him very seriously today. I’ve had a really great camp, and I’m continuing my camp. And yes of course a lot of people say, “you’ve already defeated this kind of guy.” Yes, that’s true, but I won because I was really focused on my fight and I did very well. That’s why I won. Maybe it looked easy, but I was really focused and that’s why I won like that [against Derrick Lewis]. And tomorrow if I want to win against Tai Tuivasa I must be very focused on this guy, because he’s really dangerous. Everyone knows my footwork and something like that, but he also has his strengths. He likes to knock guys out. So I have to be really focused all the time.”

UFC Paris will be the organisation’s first ever event in France, where the sport was illegal up until a couple of years back. Despite a loss in his last performance, and it being his first ever octagon appearance on home soil, Ciryl Gane is not feeling the pressure.

“No, never, never. You see, now I have a little experience and I know that I’m not this kind of guy, I’m really not stressed. Against Francis, [despite] all the feelings around the fight, because I was a former teammate… I was really not stressed for the title. There were a lot of things to cause stress, but I was really cool, really calm. Now today, even if it’s my first time in front of my fans, in France, in Paris, it is not something bad. It is not too much stress, but OK.”

The legalisation of MMA in France has flung open the gates for young and talented fighters throughout the country. Ciryl Gane, who trains out of MMA Factory in Paris, believes that the sport will soon see a whole new generation of French fighters make their octagon debuts and bring home titles.

“Bon Gamin” Gane has not lost sight of UFC Paris; however, there is one future matchup that he can’t help but entertain.

“Everybody knows Jon Jones. He’s the GOAT. So today he’s going to jump into the heavyweight division. I think many people have said yes, they probably want to see a matchup against me. It will be a really great matchup because he’s a lot like me. So yes, it will be a great pleasure. I would really like to fight against him, and I can’t wait to see him in the division.”

It’s been an intense and focused lead-up to UFC Paris for Gane, but that doesn’t mean that the top-ranked heavyweight doesn’t have some time to spend on fun and games. Even fighters need to decompress after a long day at work!

“I play videogames every night,” Ciryl Gane said with a laugh. “FIFA and Call of Duty: Warzone. I have my team on it, so every time I play we connect with all the team and we play a little bit. Yes, [I’m competitive]. I’m not really good like in the octagon, but I’m good. Today a lot of guys like to do [stream games]. Video games are a part of the life of every young guy. You do Twitch. Because every night you are on your videogame, so it’s really simple to turn on and the people can meet you on it. It’s really fun.”