Ciryl Gane weighs in on fighting Tom Aspinall in the future 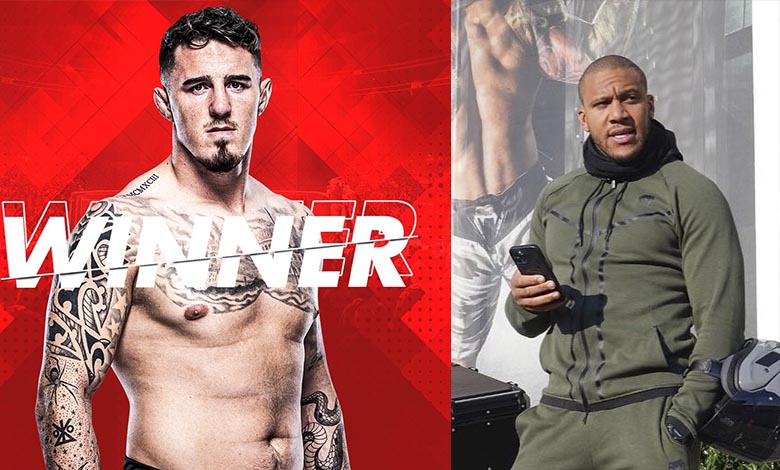 ‘Bon Gamin’ has an impressive 10-1 record with his sole defeat coming against the current UFC heavyweight champion, Francis Ngannou. In the bout, he was ahead in the first two rounds, but ‘The Predator’ controlled the latter rounds and won the fight via unanimous decision.

Tom Aspinall has been proclaimed the new breed of heavyweight by many fighting experts. He has had an impressive start to his UFC career, winning his first 4 fights. The Englishman has knocked out three of his four opponents and won the fourth one via submission.

On the possibility of facing Aspinall, Gane told BT Sport:

“This is not a question…So I’m here for a long years and him also, so of course we are going to fight one day together…with pleasure. This is a sport, I love that.”

Gane also reflected on his fight with Francis Ngannou stating that he was happy with the experience and that he learned a lot through his mistakes. Ultimately, he thought it wasn’t his day and he tried everything but couldn’t pull through.

Michael Bisping has spent much of the week singing the praises of Tom Aspinall.

The UK is yet to produce a heavyweight contender in the UFC. London events have a habit of producing big stars and Bisping is confident Aspinall can climb to the top with a victory over veteran Alexander Volkov.

“On paper he has ability, he’s very big, he’s a good-sized heavyweight, he moves well – agile and fast. He moves like a middleweight for such a big guy, which is a great advantage over a lot of other heavyweights. A lot of them are slower. They’re big – very big – and some are very athletic, but some of them not so much. Tom’s got a really good mixture of being very big but fast, agile, technical as well. He’s not a big oaf.”

Aspinall headlines for the first time on Saturday night against Volkov. The Manchester native has garnered a massive reputation in his short tenure and is not just considered a star in waiting, but also a champion in the making.