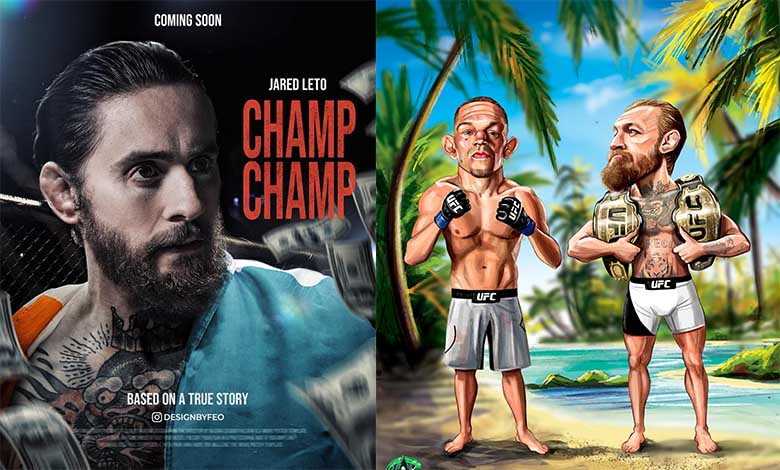 Conor McGregor and Nate Diaz seemingly have some disagreements about their movie future.

Last week, Jared Leto discussed a potential movie about the career of ‘The Notorious‘. The Oscar winner stated that he would like to play McGregor in a possible movie in the future. Leto is a notable UFC fan and has been at many events over the past few years.

In response, Conor McGregor gave the 50-year-old his blessing for the role. Furthermore, he also offered the actor to come train along with him to prep for the movie. As of right now, there’s no real potential movie about the Irish star on the horizon. However, it seems that McGregor and Leto are trying to will it into existence.

Well, Nate Diaz has chimed in on a potential movie with McGregor. The Stockton slugger asserted that his role in the potential film is played by Hugh Jackman. That way, he can see Wolverine beat up Jared Leto in the film. Diaz and McGregor notably had two fights in 2016, splitting the series 1-1.

Conor McGregor has now responded. It seems that the Irishman doesn’t like that casting choice. Instead, he would like to see Walter White’s son in Breaking Bad play his foe. RJ Mitte plays Walter White Jr. in the series and has cerebral palsy.

Diaz then decided to swipe back at McGregor. Instead of Leto, he would instead like the Irishman to be played by Warwick Davis. The 52-year-old is known for his small frame, and is around 5’6′. Davis is also known for his role as Leprechaun in the film series of the same name.

Conor McGregor then responded to seemingly end the conversation. He decided to share a fanmade poster of his proposed movie with Leto. Based on this back-and-forth, it seems that the two stars still aren’t friends.