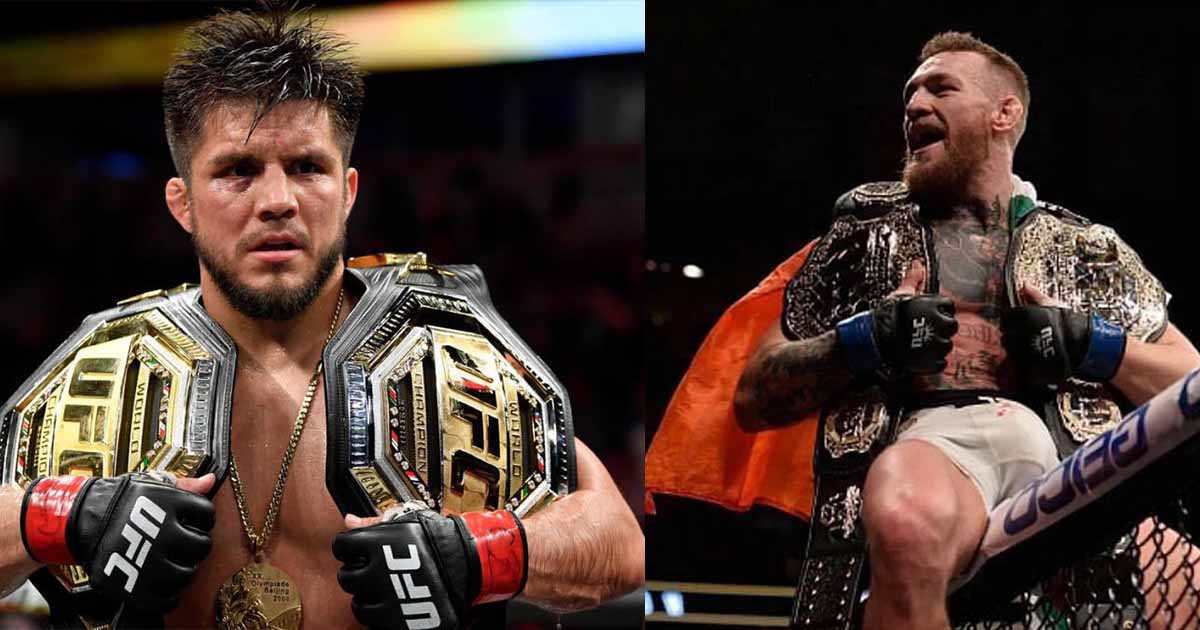 Apparently Conor McGregor has had enough and is tired of Henry Cejudo continuing to criticize his training videos.

Conor McGregor (22-6 MMA) has been out of the Octagon since his loss to Dustin Poirier (28-7 MMA) at UFC 264 in July 2021. It was at that fight that ‘The Notorious’ suffered a leg injury, forcing a halt to the bout at the end of the first round.

It was the third time Poirier and McGregor had met in the cage, with Poirier ending up 2-1 in the series.

The Irishman has been working his way back, posting training videos and hoping to be fighting again as early as July of 2022.

Henry Cejudo has apparently enjoyed critiquing McGregor’s training videos and most recently took to Twitter to caption the video and post this:

“Everything is done naked. No fakes, no faints, no level changes. But you think your going to get a different result. You work to much on combinations where you should be working entries, set ups, and setting traps. Just a tip from the goat mahhhh.”

“The opening punches are the traps/feints/fakes. You ever hear or see that before? Your little feints won’t draw me out, kid. But pump a few real shots you might get a response. You are a little fat novice with about 2 KO’s. At bantam. I’ve 20. Across 3 divisions. Quiet, you bum!”

Cejudo, the retired former two-division UFC champion has traded shots with McGregor in the past, even teasing that he may make a comeback at 155 pounds to fight against “The Notorious”.

The Twitter feud between the two fighters is sure to continue.

Are you looking forward to seeing Conor McGregor back in the Octagon? What do you think of Cejudo trolling the Irishman?