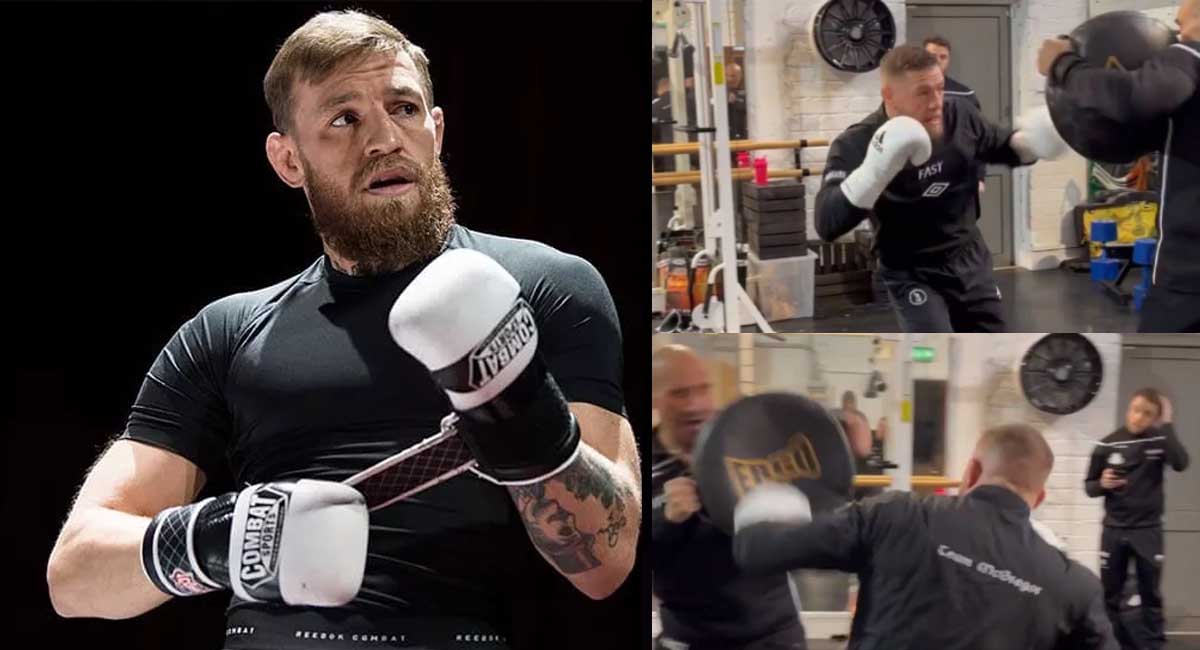 Conor McGregor, who’s been working hard to recover from the gruesome leg injury he suffered last July, can also be seen moving around and circling his trainer in the Instagram video.

The former UFC featherweight and lightweight champion attached a caption alongside the video, in which he notably alluded to the fact that he was the highest-paid athlete in 2021. Speaking of which, he suggested that he’d like to do the same this year as well. McGregor’s statement read as follows:

The video shows McGregor throwing powerful one-two combinations and then solely throwing his deadly left hand, striking the boxing pad with his famed precision. ‘The Notorious’ also throws combinations which include right hooks, left uppercut-left hooks and left uppercut-right hooks among others.

Watch Conor McGregor’s impressive mitt work in the video below:

UFC featherweight champion Alexander Volkanovski successfully defended his title via a fourth-round TKO against Chan Sung Jung at UFC 273 on April 9. Leading up to UFC 273, ‘The Great’ spoke to BT Sport’s Adam Catterall and revealed that he’d like to fight McGregor, but not solely for financially lucrative reasons.

Thus far, the men’s UFC featherweight title has been held only by four fighters, namely Jose Aldo, Conor McGregor, Max Holloway, and Alexander Volkanovski. ‘The Great’ has beaten Aldo once and Holloway twice, but he’s yet to face McGregor inside the octagon. Highlighting how McGregor is the only former UFC featherweight champion he hasn’t beaten, Volkanovski said:

“So, everyone wants that [McGregor fight], but there’s one thing on top of all of that is that I have taken out all the other champions, you know what I mean. And he’s another guy that’s held that belt so that has a lot of weight as well.”

While Volkanovski is seemingly willing to face McGregor, it would appear as though the Irish MMA stalwart has other plans. McGregor has recently been lobbying for a fight against UFC welterweight champion Kamaru Usman. Furthermore, given how much McGregor has bulked up in the last few months, the consensus is that his comeback fight is likely to take place in the welterweight division. Below is the one of Conor’s post about his comeback: