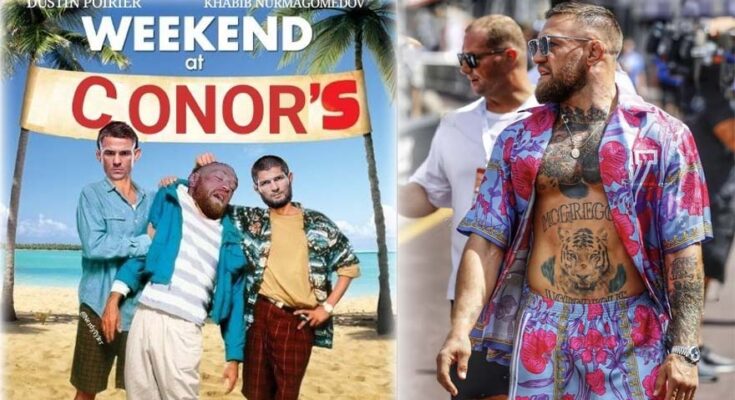 It’s been over a year since Conor McGregor stepped foot inside the Octagon to square off against Dustin Poirier, but one thing for certain with the Irishman is seeing his name in the headlines, even if he is out of action.

Although McGregor intends to return to the UFC some time this year, Dana White revealed he currently has no plans for the 33-year-old.

UFC president Dana White provided an update last month on McGregor, saying that the Irish fighter is ready for his comeback.

“He’s chomping at the bit to come back,” White told TMZ Sports. “Realistically, when you look at everything he’s got going on right now with coming back and other things that need to be done to get ready to prepare again, [a return timeframe is] probably early fall.”

Conor McGregor believes his UFC journey is far from over.

Conor McGregor (22-6-0) is without a doubt one of the greatest personalities that has ever stepped into the octagon. His personality is something that will be very hard to replicate once he throws in the towel.

However, the 33-year-old believes that his UFC career isn’t ending anytime soon. The former two-division UFC champion was discussing his comeback with Sky Sports.

McGregor is currently recovering from a broken leg that he suffered against Dustin Poirier at UFC 264. The date of his return is yet to be decided.

“Boxing will always be my first love in my professional career. I had great memories of the last time I competed in boxing. Obviously, my return will be inside the octagon and I cannot wait to be back there again,” McGregor told Sky Sports.

“The story is far from over. A lot of things have been written in the press about whether this is the end for me, but this is just the start,” McGregor added.

The star power of the Irishman peaked in 2017 when he was involved in a tussle against the legend Floyd Mayweather. The Dublin-native enjoyed a fantastic match against the “Money”, despite the match finishing in a 10th round technical loss.

It isn’t just the fighting division in the UFC where McGregor’s name has been called out, however, with YouTube boxing sensation Jake Paul also hungry for a piece of Mystic Mac.