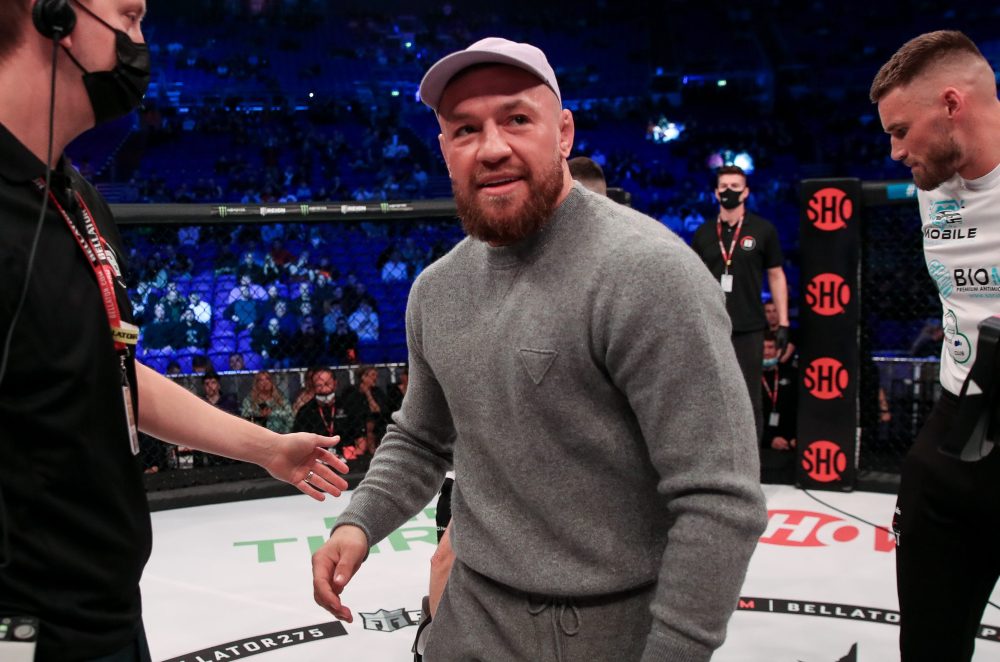 Conor McGregor has admitted he could return at either 155lb or 170lb when he makes a return from injury, and is planning a return to sparring in April

Conor McGregor has admitted he is uncertain whether he will return at lightweight or welterweight for his comeback fight.

The Irish star fought at 155lb in his last two fights against Dustin Poirier in which he was defeated by stoppage on both occasions.

His last victory came at 170lbs when he stopped Donald Cerrone inside 40 seconds in 2020 and he has talked up fights at that weight including a trilogy with Nate Diaz.

McGregor has now confirmed he will use his return to sparring in April as a guide to discover his most comfortable fighting weight.

“April they said I can spar and box again so I can take it day-by-day,” McGregor told Severe MMA. “Once I return to sparring I will know my weight, I will know how I feel and I will know my style.”

Jokingly asked if he would return at light-heavyweight after bulking up to 190lb, McGregor said: “Light-heavyweight no, I am training; I go up and down and I am eating and lifting. “

“I’m not sure yet to be honest… 155lbs or 170lbs I would imagine but I am not sure yet. It is about time this game gives me the respect from my different style s of fighting, there was an eleven percent charge that my bone didn’t heal but it’s past that stage now.”

Conor McGregor has previously reigned as champion at 155lbs having defeated Eddie Alvarez to become the first man to simultaneously hold two title belts after his previous sucess at featherweight.

However his fortunes have recently declined having lost his last three fights at lightweight including a bitter clash with Khabib Nurmagomedov.

Fans have been impressed with McGregor’s physique in recent days after McGregor was spotted holidaying in the Bahamas as his recovery continues.

He has also recently showed a “boy” to “man” transformation on social media as he displayed his ripped frame to his army of fans.

Focus has now returned to making his octagon comeback for McGregor who is keen to redeem his recent struggles after sliding to ninth position in the lightweight rankings.

He has talked up an immediate title shot at 155lbs with Charles Oliveira admitting he is waiting for the challenge of the superstar upon his return.

However this may be on a delayed schedule with the Brazillian set to defend his belt against Justin Gaethje before being permitted to take any other tests.

Kavanagh told Fox Sports : “I don’t think it will be all that difficult, to be honest. He has made some pretty dramatic weight cuts in the past.”

“155lbs seems to suit his frame, at the moment yeah light-heavyweight he is more suited towards but by the summertime when he is ready to return, the weight will be back down again. The physical stage of recovery is pretty much complete now, you have seen your posts himself.”