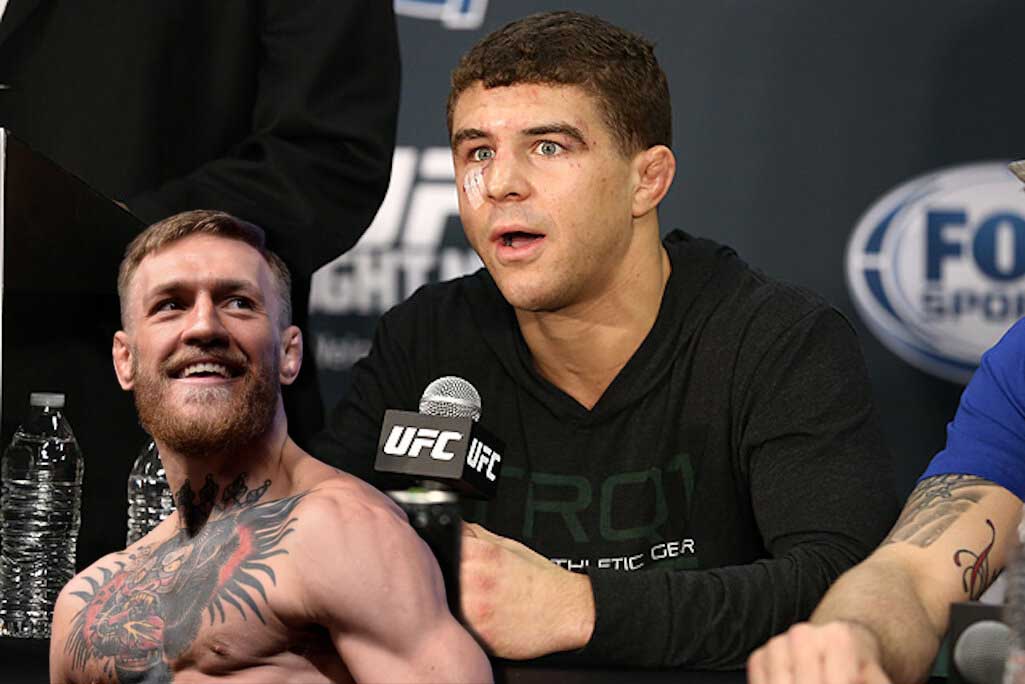 Former UFC two-weight champion Irishman Conor McGregor said that at some stage in his career, he would like to share the octagon with American Al Iaquinta.

Note that the US representative Al Iaquinta is now ranked tenth in the UFC lightweight division and did not seem to be a profitable fight for McGregor, but Conor explains this by the fact that he just likes this guy.

“I would like to fight Al Iaquinta at some stage. I don’t know why, I just want to fight him. He said several things that caught my attention. I just like Al. I think he’s a funny guy. A real estate agent plus a fighter, which makes the situation even more fun. He has a small team, Longo and all these guys. In other words, I just want to fight Al, ”said Conor McGregor.

Let’s remind that Iaquinta in the last two fights was defeated by unanimous decision. Al’s offenders were Donald Cerrone and Dan Hooker, whom he met in May and October 2019, respectively. In 2020, Iaquinta did not fight.