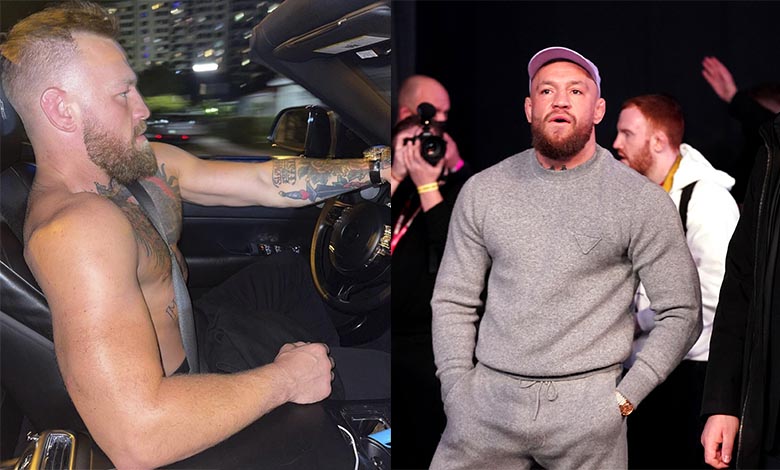 Conor McGregor was arrested again, this time for dangerous driving Tuesday in west Dublin, according to a report.

Per the Irish Independent, McGregor was detained after being pulled over in his Bentley Continental GT by gardaí between Lucan and Palmerstown. His vehicle, worth an estimated $187,000, was briefly seized by police before it was returned.

Gardaí, the national police in Ireland, did not name McGregor because of the country’s privacy restrictions, but they did confirm an arrest was made.

“Gardaí arrested a man aged in his 30s in relation an incident of dangerous driving in the Palmerstown area yesterday evening, Tuesday 22nd March 2022,” the department told the Independent. “The man was taken to Lucan Garda Station where he was later charged. He has been released pending an appearance before Blanchardstown District Court at a later date.”

If convicted, Conor McGregor could face a fine equating to $5,502, up to six months in prison, or both.

McGregor’s representative Karen Kessler issued a brief statement about the situation to MMA Fighting: “Mr. McGregor was driving to the gym when he was stopped by Gardai for alleged road traffic violations. He passed the drug and alcohol tests taken at the station.”

Conor McGregor, 33, has a lengthy list of 18 convictions to his name – many of which are driving-related, according to the report. Other offenses include assault causing harm and public order issues.

Additionally, Conor McGregor was accused of sexual assault after an alleged December 2018 incident. According to the Independent, the gardaí were ordered to turn in any footage or other data they may have of the incident. McGregor has denied any wrongdoing.

Other publicly known McGregor incidents include his conviction for an assault of an older man in a Dublin pub, an arrest in Miami after he took and allegedly damaged a man’s phone, and his arrest for throwing a dolly through a bus window carrying various fighters and cornermen before UFC 223.