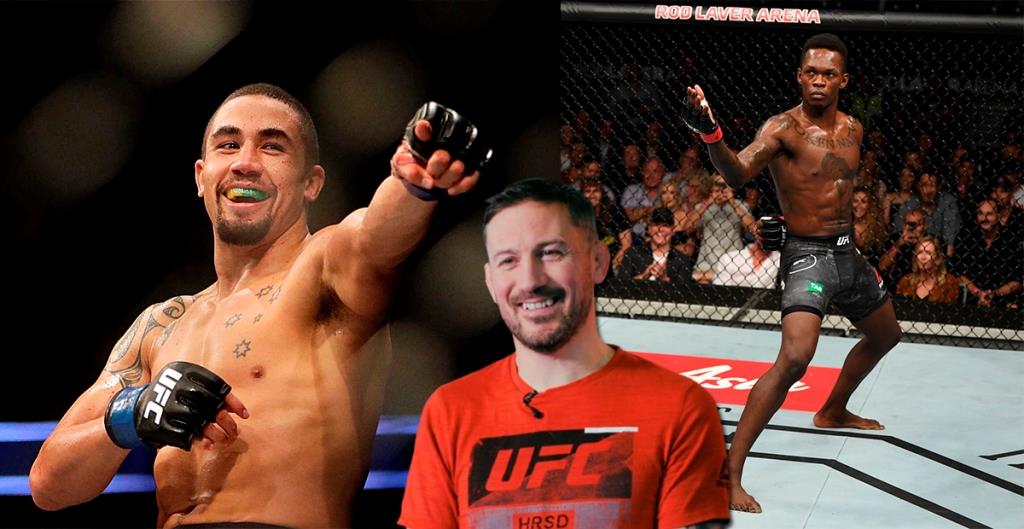 Conor McGregor’s coach, John Kavanagh has made his pick for the upcoming middleweight championship fight between Israel Adesanya and Robert Whittaker.

In an interview with mainevent, Conor McGregor’s long-time coach leaned towards ‘The Last Stylebender’ to beat Robert Whittaker yet again in their rematch.

The SBG Ireland head coach opined that Israel Adesanya’s clinical striking skills would likely take over Whittaker’s aggression yet again. Although he commended ‘The Reaper’ for being a great fighter, Kavanagh ultimately gave Adesanya the edge.

“I think they’re both fantastic fighters but I think probably, due to stylistic reasons, I would lean towards Israel repeating what he did before already. But that’s not to say it’s not a 55-45 fight. It’s very, very close. Whittaker has had some great wins since that loss [to Israel Adesanya] but Izzy is just, I think he’s just very, very special… he just has an air of invisibility around him. He’s a joy to watch, so I’d lean towards the Stylebender.”

Robert Whittaker will look to exact his revenge at UFC 271 after he was knocked out by ‘The Last Stylebender’ at UFC 243 in their first meeting. The two top middleweights will engage in a highly anticipated rematch on February 12 at the Toyota Center in Houston, Texas.

Robert Whittaker spoke about his mindset going into the fight against Israel Adesanya at UFC 271. Whittaker revealed he intends to take full advantage against the UFC middleweight champ if he “slips” and makes an error in their rematch.

“In Adesanya’s fight with Jan Blachowicz, stylistically I could see some angles that Jan could capitalize on him. I thought, ‘You know what, maybe I can capitalize on [them] as well.’ When he fought Vettori, I saw the same thing… he’s a champ for a reason and he’s very good in his craft but I just feel like I have a skillset that, you know, if he slips up, I’m going to take everything away from him. And, I’ll look to try and make him make a mistake.”

Whittaker had home advantage fighting in Melbourne in their first encounter. However, it was Adesanya who rose to the occasion, picking up an emphatic second-round TKO victory on the night.

It remains to be seen whether ‘The Reaper’ can come up with a more calculated approach to avenge his loss against ‘The Last Stylebender’.