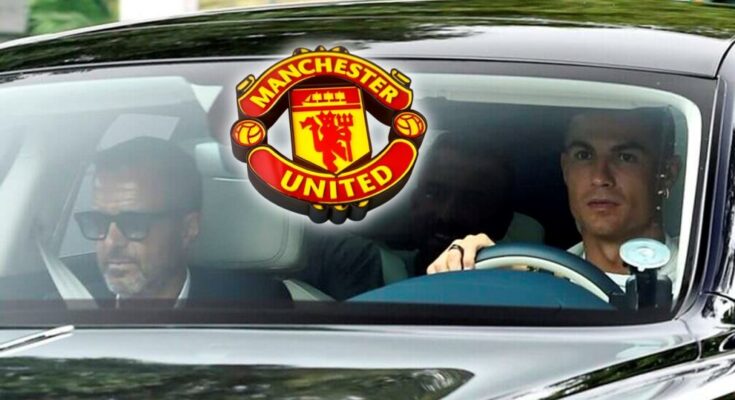 Cristiano Ronaldo has arrived at Manchester United’s training ground alongside his agent Jorge Mendes for crunch talks with club officials over his future.

According to The Athletic, former manager Sir Alex Ferguson will also be present to discuss what’s next for the 37-year-old forward, who failed to turn up to the Red Devils’ pre-season tour of Thailand and Australia.

Sky Sports reported earlier this month that the five-time Ballon d’Or winner expressed his desire to leave Old Trafford this summer in order to pursue Champions League football, as well as being unhappy with the club’s transfer business so far.

Cristiano Ronaldo rejoined Manchester United last summer from Juventus in a move worth £13.5 million (Transfermarkt) and went on to score 24 goals in 38 appearances for the club, 12 years after he originally left for Real Madrid in a then-world record transfer.

However, the legendary forward was unable to help his team reach the Premier League’s top four as United finished with their lowest ever points total.

According to Spotrac, the Portugal captain earns £510,000 per week, making him the highest paid player in the Premier League by some distance.

Cristiano Ronaldo still has 12 months left on that deal with the option of a further if he so chooses, but United may be keen to use those giant wages to improve other areas of the squad.

The Red Devils conceded more top-flight goals than relegated Burnley last term, so new manager Erik ten Hag will surely be desperate to improve his defense ahead of the upcoming campaign.

Ten Hag is also incredibly insistent on his team’s style of play, which involves high pressing and playing at incredibly high intensity throughout the game. Whether the 37-year-old striker can still play a part in a system like that remains to be seen.