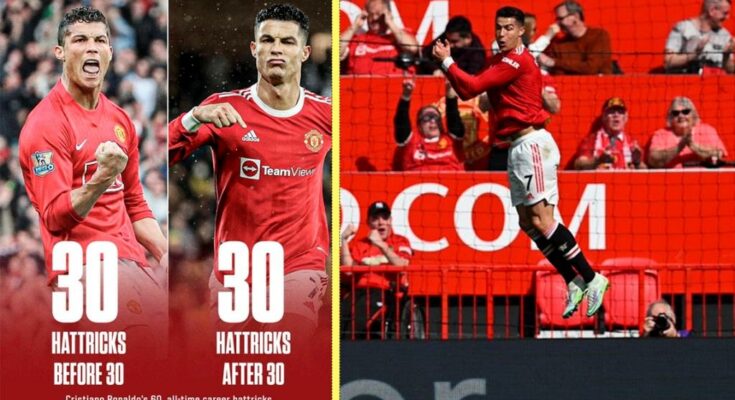 With the Red Devils knocked out of the Champions League and at risk of not qualifying for the competition next season, furious members of the 1958 supporters group continued to voice their opposition to the owning Glazer family and stated on Twitter that “nothing will change until the head of the snake is removed”.

Continuing a protest from outside the Carrington training ground on Friday, the 1958 supporters group crammed into the Munich Tunnel under the South Stand with riot police and stewards looking on.

Organizers are also said to have requested that fans did not enter Old Trafford until 17 minutes into the match to protest against 17 years of the Glazers’ rule, with many empty seats seen inside the ground at kick off.

According to the Daily Mail, at least 2,000 fans heeded that advice and a crowd chanted “we want Glazer out” and “Joel Glazer’s gonna die” while brandishing banners and setting off red smoke flares as they headed to the tunnel on a march.

“We respect the right of fans to voice their opinions peacefully and we will continue to listen to them, with the aim of working together to get the club back to where we all want it to be: competing for trophies,” a spokesperson from the club vowed after.

The long-suffering United faithful already fed up with an outfit that had won just three games in their last 12 outings seemed due for further disappointment when their side blew a 2-0 lead provided by a Ronald brace.

During the match, choruses of “we want Glazers out” and “you’re not fit to wear the shirt” rang out while substitute Paul Pogba, whose contract is winding down, was also singled out for abuse.

On a personal level, the 37-year-old completed his 50th club hat trick and 60th overall after netting 10 with Portugal.

In perfect symmetry, the iconic number ‘7’ has taken the match ball home 30 times before he turned 30 and 30 times after.

The feat could be one of Ronaldo’s last at United since joining the club for a second spell from Juventus approaching deadline day last summer.

Marca report via the Daily Star that the veteran does not feature in the plans of potential new manager Erik ten Hag, who has allegedly made this clear because the Ajax tactician doesn’t think Ronaldo suits his style of play.

Though Ten Hag has not yet been confirmed as interim coach Ralf Rangnick’s replacement, the 2019 Champions League semi-finalist is the frontrunner for the post and has apparently cited Ronaldo’s age and luxury player status as other motives for not wanting to work with him.

Should United fail to qualify for the UCL, however, Ronaldo, who has scored 15 goals in the Premier League this term, is unlikely to want to stick around.