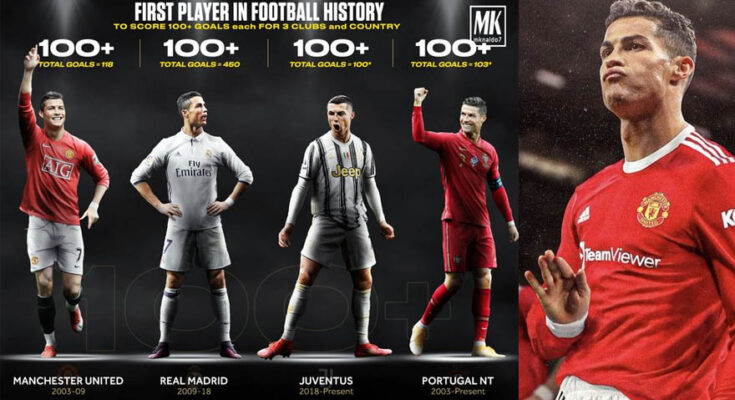 The Red Devils are coming off the back of a miserable campaign as they collected their lowest points tally in a Premier League season and fell well short of a Champions League place.

New manager Erik ten Hag will be hopeful of beginning a new era at the club, with experienced stars such as Paul Pogba, Jesse Lingard and Juan Mata already confirmed to be leaving Old Trafford this summer when their contracts expire.

Speaking to Manchester United’s website , Ronaldo has urged the club to give more opportunities to youth, as the 37-year-old said:

“The new generation will be the new future for the club. I’m in favour that we should give opportunities to the young generation because they will be the future, but you have to help them because the pressure is a lot to play in the Premier League, which I believe is the most difficult league in the world by far.”

“You have to give them time and opportunity and let them grow. Of course, if the kids ask me advice, I will give them my opinion.”

Cristiano Ronaldo insists he is happy at Manchester United

One rare bright spark in United’s dismal season was the form of the five-time Ballon d’Or winner, who scored 24 goals in 39 appearances following his return to English football after 12 years away.

Despite a horrific campaign for his team, the Portuguese superstar claimed:

“I was and still am very happy to be here. I know (Ten Hag) did a fantastic job for Ajax and that he’s an experienced coach but we need to give him time and things need to change the way he wants. I hope we have success. I wish him the best. We are happy and excited. Let’s believe that next year we are going to win trophies.”
He added:

“I believe that Manchester (United) will be where they belong. Sometimes it takes time but I still believe.It’s still my motivation to carry on; just working hard you know. I still love the passion for the game.”

Cristiano Ronaldo has just over a year left on his current deal at Old Trafford and is clearly looking forward to working with Ten Hag, who enjoyed great success during his five-year spell at Ajax.