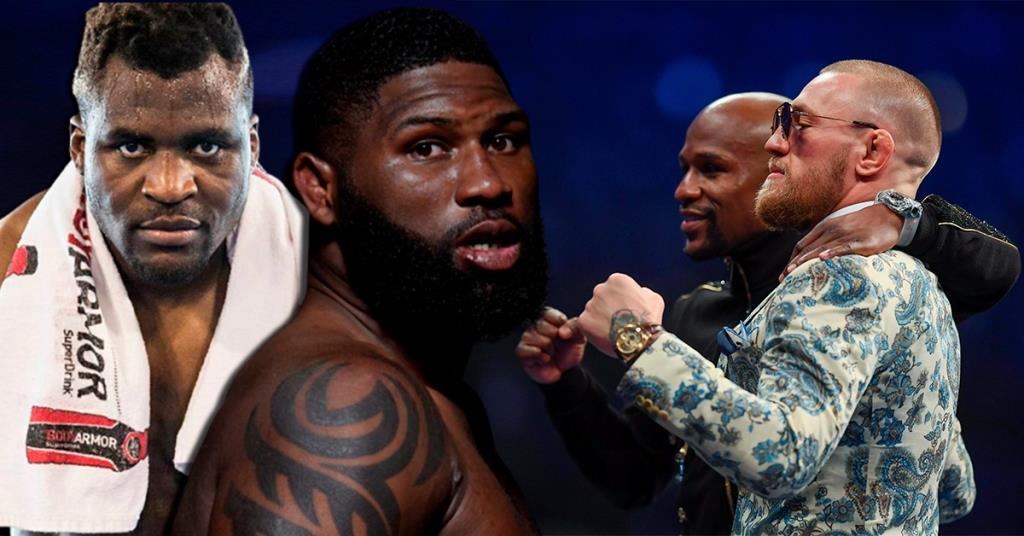 The specifics are unclear of what exactly Francis Ngannou is demanding from the UFC in order to sign a new deal to stay with the organization, but it’s been well-documented that one priority on the champion’s wish list is the opportunity to pursue boxing in a potential matchup against Tyson Fury.

Ngannou fought out his current contract with a win over Ciryl Gane at UFC 270 and remains at an impasse with the promotion. So far, there are no signs that the two sides will find common ground before he becomes a free agent.

While the chance to land a multi-million dollar payday for a fight against Fury may not be the only thing Ngannou wants, fellow heavyweight Curtis Blaydes doesn’t see why the UFC can’t at least allow him to do that much.

“I think that’s the crux of the issue,” Blaydes explained recently on The Fighter vs. The Writer. “You opened the door when you let Conor McGregor do it.”

“I don’t see a real reason why Francis shouldn’t be allowed to do it. I cannot think of a legit reason, because McGregor was able to do it.”

In 2017, when McGregor became the first-ever simultaneous two-division champion in UFC history, he was allowed to sign a fight against pound-for-pound boxing king Floyd Mayweather. The fight ultimately was one of the most lucrative events in combat sports history.

McGregor’s star power obviously made the fight against Mayweather very intriguing, but the UFC still had to sign off to give him permission because he was under an exclusive contract. While he lost to Mayweather by 10th-round TKO, McGregor reportedly still earned north of $100 million for the fight.

Now, Ngannou is hoping to chase his own boyhood dream by crossing over to boxing, with Fury having already expressed interest in the fight.

Unfortunately, it doesn’t seem like the UFC is nearly as interested this time around, which is why Blaydes is so confused by the situation.

“Yeah, there’s a risk of an injury, but OK, injuries can happen whenever,” Blaydes said. “They can happen at practices. That’s not a good enough reason, especially when he can potentially earn [a lot for both sides], even if it’s only $5 million.

“That’s a lot of money. I don’t blame Francis wanting to take the boxing match. I cannot blame him.”

Ngannou’s continued battle with the UFC over his contract has also left the heavyweight division in upheaval as contenders like Blaydes await the opportunity to one day fight for gold. In addition, Ngannou’s knee surgery in March is expected to keep him sidelined approximately nine or 10 months. That means even if Ngannou comes to terms with the UFC on a new contract, he won’t likely return to action until early 2023.

In that regard, Blaydes hopes that Ngannou and the UFC can come to a decision on his future soon so the rest of the heavyweights are able to figure out what’s next.

“I hope they get it worked out, because that slows everything down for everyone else beneath in the division,” Blaydes said. “If Francis has the belt and they’re arguing for a year, then you’ve got to do the interim thing again and you hope that he comes back. It makes it a lot harder for guys like me to possibly to project a pathway to get to the belt if I don’t know what’s happening with the guy who does have the belt.

For his part, Blaydes believes cooler heads will eventually prevail, and Ngannou will make his return to the UFC.

“He’s got some prime years left and I think the UFC wants those years. You want him under the promotion when he still has the juice. I think they’ll work it out, especially because he has the belt. That helps.”

Scott Coker is willing to get Francis Ngannou on board Bellator