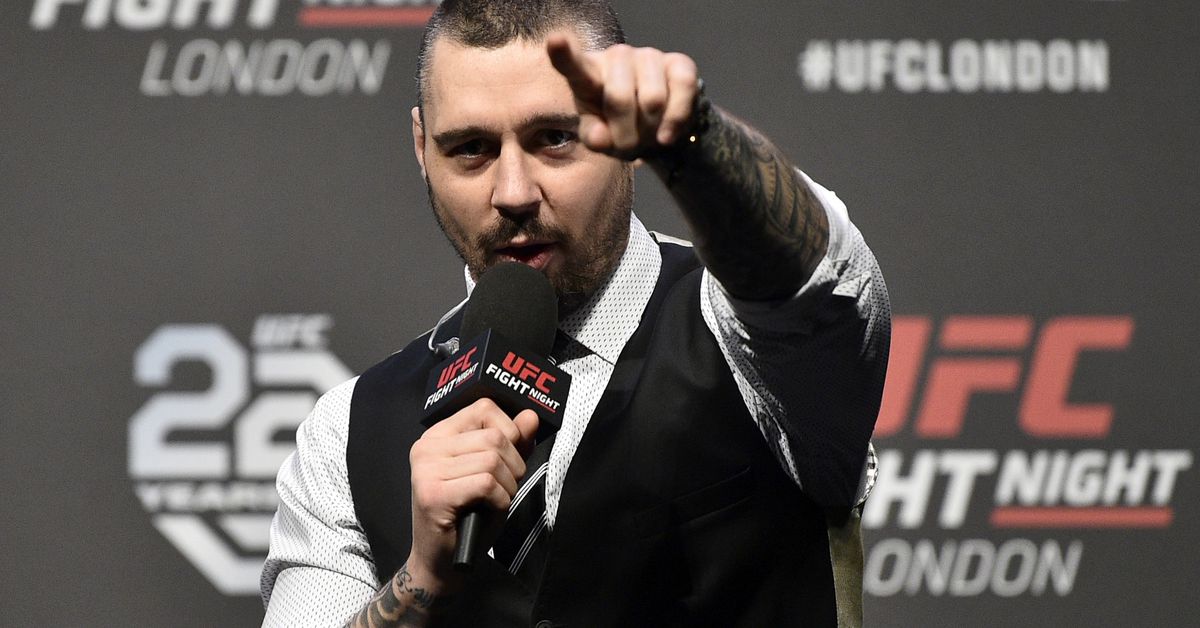 For one-time UFC welterweight title challenger Dan Hardy, one sweet spot is the time when the UFC had just turned over a new leaf under the ownership of Zuffa LLC, which purchased the flagging MMA promotion in 2001 for $2 million. The stars of the day were Tito Ortiz, B.J. Penn and Jens Pulver. Another was the promotion’s expansion into the U.K. and Europe, which, of course, was good news for a Brit like him.

The fighters were big personalities with unique stories. Hardy wishes for those days now that he looks at the sport outside the confines of employment with the UFC. While he’s made a living breaking down all the minutiae of the modern UFC and continues to do so, he can now see more clearly where his idea of the sport diverged from his longtime employer.
It may be one reason they eventually went separate directions.

“Everyone seems like clones of one another now,” Hardy told MMA Fighting. “At one point, it was a free market, I had a Earache Records sponsoring me, I had a bunch of smaller companies that had a bit of marketing budget that could get behind their favorite fighter, and then that sponsorship tax came in, which meant that maybe there was a sponsorship pool of maybe 10 companies left at a considerably reduced marketing budget that was then spread out across the roster. And they got watered down a little bit, and everyone lost a bit of cash.

“Then there was the next stage where the banners went, and it was just this constant squeezing the life out of it, and that’s the bit that hurts so much. Because these guys coming up now, the idea now is how do I protect myself and play the game and make the most money. You look back at the old Nick Diaz vs. Robbie Lawler days, they were there for love of it, for the honor of it, for the privilege of standing in there and showing what you’re capable of. And I don’t know, it just seems like we’re moving away from that a bit now.”

When Hardy pushed for a comeback, lobbying to take off the headset and get back in the octagon several years after his career was halted by the diagnosis of a rare heart arrhythmia, he said he ran into the challenge of convincing his bosses to give him a shot. But there also seemed to be a disagreement over what his comeback would actually look like. He didn’t want to fight someone he liked, or an up-and-comer looking to use him as a stepping stone. In the modern UFC, it was likely to be one or the other.

For the new and veteran fighters Hardy watches day in and day out, he sees a similar struggle to find a solid footing on which to build or sustain a career.

“People say the word promotion, but they don’t really examine the word promotion, and that’s the thing that’s become more apparent to me over the years,” he said. “I had an up-and-down relationship with the UFC over the years, because when I first signed with the UFC, I thought we were one family in MMA and we were all walking toward the same thing. And those speeches that [UFC President] Dana [White] used to give after the weigh-ins, you’d be walking out of the room with your arm around your opponent, going, ‘C’mon dude, let’s give a great show tomorrow for the fans tomorrow.’ That’s how it made you feel. But then as soon as I fought [Georges St-Pierre], I realized I’d been kind of hustled along because there was a lack of contenders. I got that fight. Looking back now, it’s embarrassing what I was paid for that fight, what I gave and what it cost me to fight.

“But then I look at my run after that, and you go OK, co-main event against Carlos Condit, who it was a win-win for them, because if I won, I’d won in front of my home crowd, and if he won, he was the next name to put in front of GSP as a new contender. Then I come off my first knockout loss and they put me against Anthony Johnson, and I just felt like all of a sudden I was being cycled out. I’m going to fight anybody and everybody.

“I see that more and more now. Well, this guy’s got a name, so we’ll either use him against another young fighter and build that person up. Let’s bring Ken Shamrock out of retirement and have him fight Rich Franklin because no one knows who Rich Franklin is, even though he’s one of the highest-ranked middleweights in the world, and we need a contender. It’s that kind of feeling, and I just wish there was some kind of care for fighters like [Donald] ‘Cowboy’ [Cerrone] and Jim Miller and Clay Guida and Diego Sanchez that they still want to fight. We can still celebrate them on the top stage of the sport, and they don’t need to be in this shark tank with all these young guys trying to keep their head above water. But they’re a commodity that’s being used to promote the younger generations of fighters, and it puts everyone in a weird situation where no one really wants to be doing that. The young guys coming through and beating these legends they used to look up to, it doesn’t feel good for either party. That’s something else I feel could be better dealt with, I think. It would be a better look for the sport, as well.”

White repeatedly has explained the promotion’s approach as a survival of the fittest, a consequence of the never-ending quest to find the baddest fighters on the planet. A legend’s league, suggested by several aging MMA vets, is not yet part of the business model, nor are the novelty fights that grab headlines.

Hardy would like to see room for up-and-comers and veterans as they put their skills on display for the rest of the world. For him, that means walking his own path outside the UFC as he moves to the next stage of his career. It’s deciding who will agree with his vision for promoting its fighters, or will at least offer up the kind of compensation that doesn’t leave him feel like he left with more than he arrived. Not only does he want to show the world he’s still a great fighter, but he no doubt wants to avoid the precipitous fall of many legends before him.