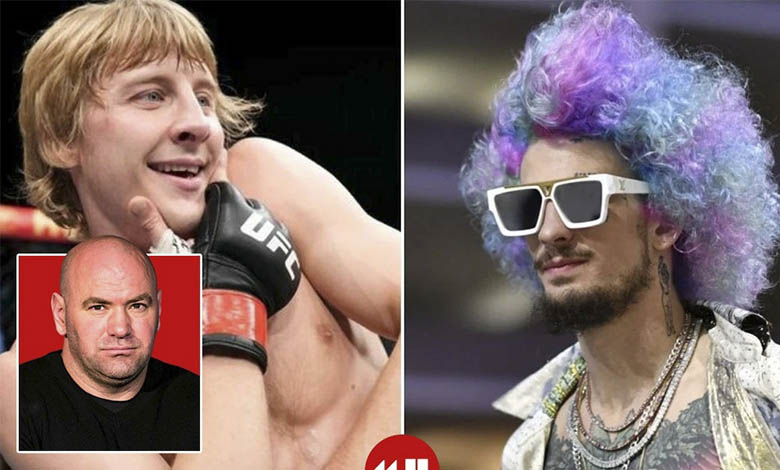 Dana White has compared Paddy Pimblett to Sean O’Malley after the former earned an impressive submission win at UFC London.

The UFC boss believes both men are “huge” stars in their own right. However, White pointed out that there’s a difference between Pimblett and O’Malley. Speaking about both prospects during the UFC London 2022 post-fight press conference, White told reporters:

“I don’t know, I mean it’s close. They’re both huge. I mean the difference between a guy like Paddy [and O’Malley] – these guys that are from England or Brazil or China or where ever it is – they’ve got a whole country behind them, you know what I mean? America doesn’t really work like that. So when you can become a star like O’Malley is in America, that’s a big deal.”

Regarding Pimblett’s popularity, White also told MMA Fighting that the Scouser’s social media content got the most attention from fans over the past week. The UFC head honcho said Pimblett’s faceoff got 1.3 million views on Instagram while the main event staredown only had 120,000.

‘The Baddy’ scored his second consecutive win in the octagon after submitting Rodrigo ‘Kazula’ Vargas on the main card of UFC London. The 27-year-old overcame a rocky start to secure the win at the 3:49 mark of the first round.

Paddy Pimblett and Sean O’Malley are among the biggest young stars on the UFC roster. Although they compete in different weight divisions, fans are clamoring for a super-fight between the two hype trains.

However, the Liverpool native doesn’t appear to be on board with the idea. In a previous appearance on the Anything Goes with James English podcast, Pimblett stated:

“If he wants to fight me, lad, I’ll fight him especially because how much smaller he is but as I say we’re on different paths. He’s a 135er, I’m a 155er, 20 pounds in between us. To be honest the UFC will not want to put us together because they want to keep us going on an opposite trajectory on our own, you know what I mean? That’s it, it’s business for them. They are not stupid. They are going to want to keep us apart. They’ll probably even have us as a guest on a f***ing show together or something.”