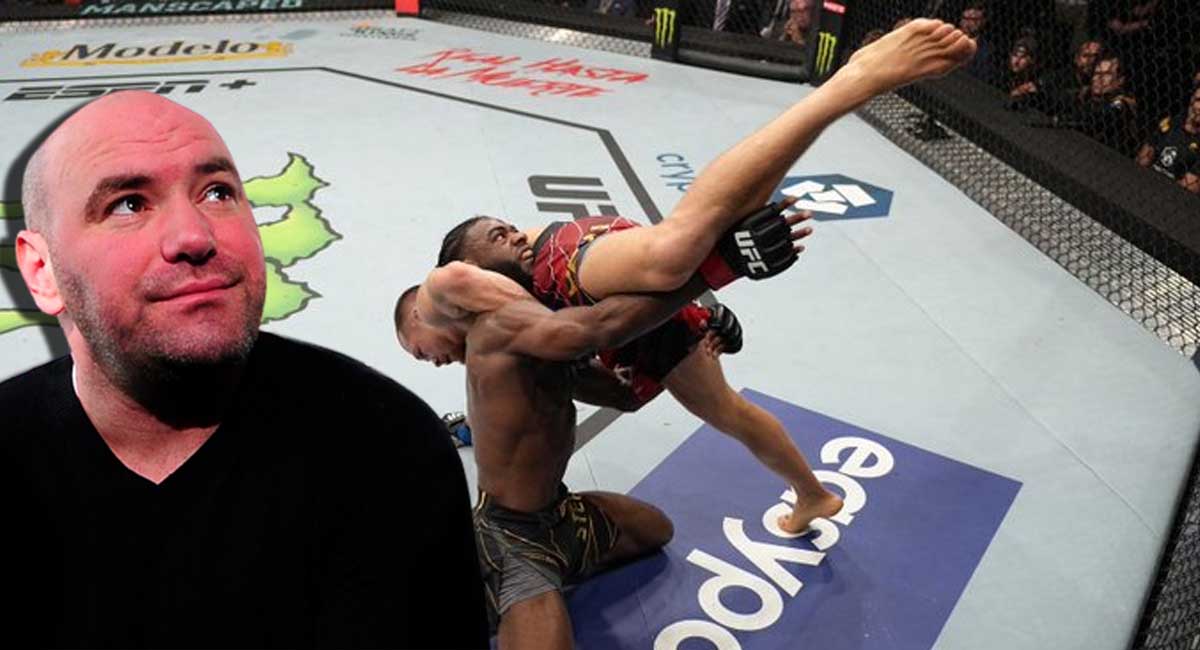 Dana White did not agree with the judges decision in tonight’s Aljamain Sterling vs. Petr Yan rematch at UFC 273, but says TJ Dillashaw is likely next.

Sterling (21-3 MMA) was returning to action for the first time since capturing the bantamweight title at UFC 259. ‘Funkmaster’ was awarded the championship after ‘No Mercy’ was disqualified for throwing an illegal knee in the fourth round of their first fight.

Meanwhile, Petr Yan (16-3 MMA) had last competed back at UFC 267, where he captured the promotions interim bantamweight title by defeating Cory Sandhagen. The Russian standout had gone 8-1 since joining forces with Dana White and company in 2018.

UFC 273 co-main event went the distance as Petr Yan and Aljamain Sterling battled it out for five straight rounds. After a back and forth opening round, ‘Funkmaster’ went on to dominate rounds two and three. However, after surviving multiple rear-naked choke attempts, Petr Yan stormed back to win the final two rounds of the fight. In the end, two judges saw the contest in favor of Sterling, who retained his title by split decision.

Dana White was asked what he thought of ‘Yan vs. Sterling 2’ during UFC 273 post-fight press conference.

“(Dana) White believes the judges got it wrong in Sterling vs. Yan, he had it 3-2 for Yan. White thinks that the trilogy with Yan will always be there and thinks that Sterling vs. Dillashaw should be next.” – Aaron Bronsteter of TSN shared on Twitter.

TJ Dillashaw, the promotions for bantamweight champion, tweeted the following shortly after the conclusion of tonight’s co-main event.

Do you agree with Dana White that Petr Yan should have been awarded the decision win over Aljamain Sterling at UFC 273? How did you score the rematch?