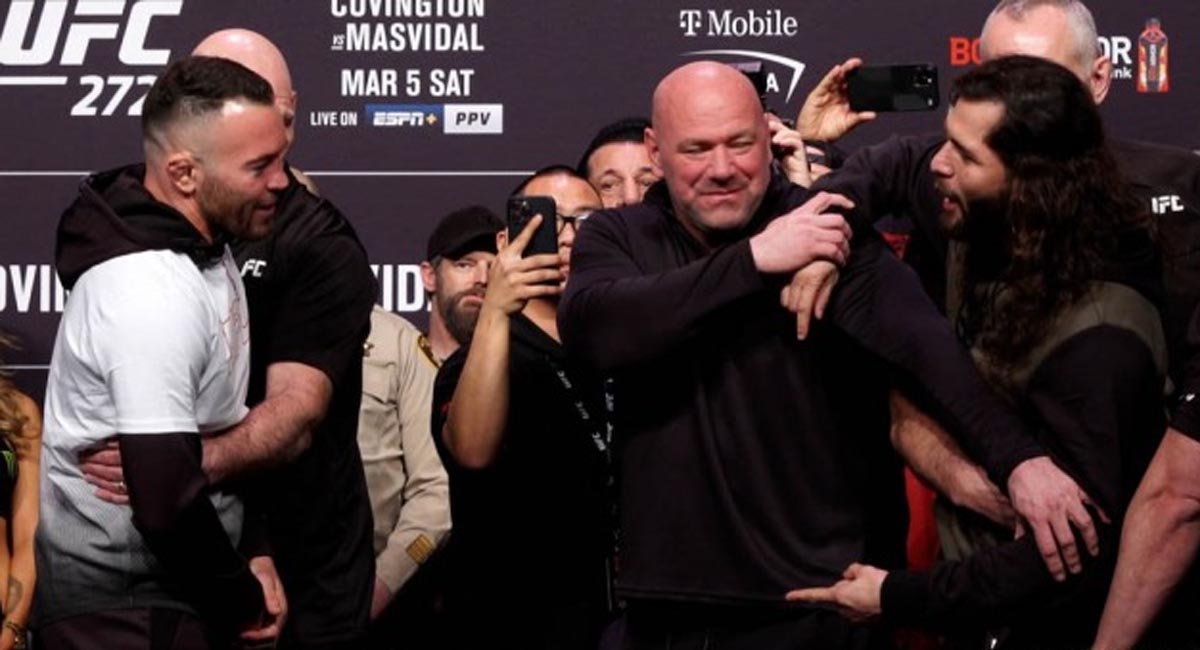 Masvidal was arrested after reportedly attacking rival Covington outside a restaurant in Miami Beach, Florida. In the incident, which occurred on the evening of March 21, ‘Gamebred’ was accused of assaulting ‘Chaos’.

The attack resulted in injuries to Covington’s tooth and wrist. Masvidal has pleaded not guilty to charges of aggravated battery and criminal mischief.

Appearing on TMZ Sports, White was asked about his thoughts on the situation. The UFC boss made it clear that he condemns the alleged attack:

Covington and Masvidal were former training partners and close friends who became rivals. They faced each other at UFC 272, where ‘Chaos’ won by unanimous decision.