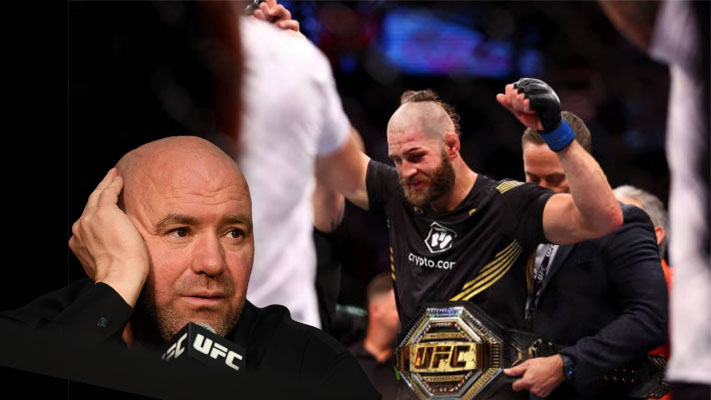 Jiri Prochazka has been forced to pull out of his UFC 282 title defense against Glover Teixeira due to a shoulder injury.

UFC President Dana White shared that the injury that led to the highly anticipated rematch of the UFC 275 main event was the worst in the history of the promotion.

“This is the worst shoulder injury the doctors have seen in UFC history. It’s really f**king bad. His shoulder is very, very bad. He’s going to have serious surgery that will require extensive rehab.”

Brett Okamoto of ESPN shared more details on the injury, noting that it was an orthopedic shoulder injury. He added that Prochazka’s recovery will take over a year, which led to the former light heavyweight champion’s decision to vacate his belt rather than hold up the rest of the division.

Who will fight for Jiri Prochazka’s vacant belt?

Jiri Prochazka was set to face Glover Teixeira in the main event of UFC 282 before pulling out with a shoulder injury. After Prochazka vacated the title, Teixeira was offered the opportunity to fight Magomed Ankalaev for the light heavyweight belt.

According to Ariel Helwani of The MMA Hour, the No.1-ranked light heavyweight instead wanted to face Jan Blachowicz instead, as he felt he didn’t have enough time to prepare for Ankalaev. The promotion, however, denied that request, as the two previously met at UFC 267.

Teixeira offered to fight the No.3-ranked heavyweight at UFC 283 in Rio de Janeiro, Brazil, however, the UFC noted that they needed a main event title fight for UFC 282. Teixeira passed on the opportunity, noting the difference in style between Prochazka, who he was preparing for, and Ankalaev.

With Jiri Prochazka and Glover Teixeira both out of the main event, Magomed Ankalaev will face Jan Blachowicz for the light heavyweight title in the new main event. The lightweight bout between Paddy Pimblett and Jared Gordon will now serve as the co-main event.