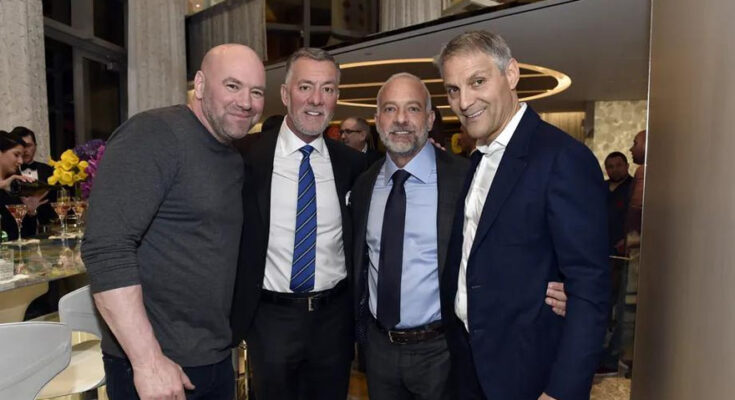 Dana White told about the immediate aftermath of UFC being sold to Endeavor.

In July 2016, a global sports and entertainment company named Endeavour Group purchased a majority stake in the UFC parent company Zuffa from the Fertitta brothers.

However, The American holding company purchased the remaining shares last year and now owns 100% of the Ultimate Fighting Championship.

While appearing on a recent episode of BLOCK Party, Dana White was asked about how he felt after Endeavour successfully acquired a 100% stake in the promotion from its parent company Zuffa, founded by the Fertitta brothers.

In response, the UFC boss revealed how hard it was for him initially, but soon this fell into its place and it ended up “working really well” for White.

Speaking to hosts Adam Catterall and Nick Peet, White had this to say: