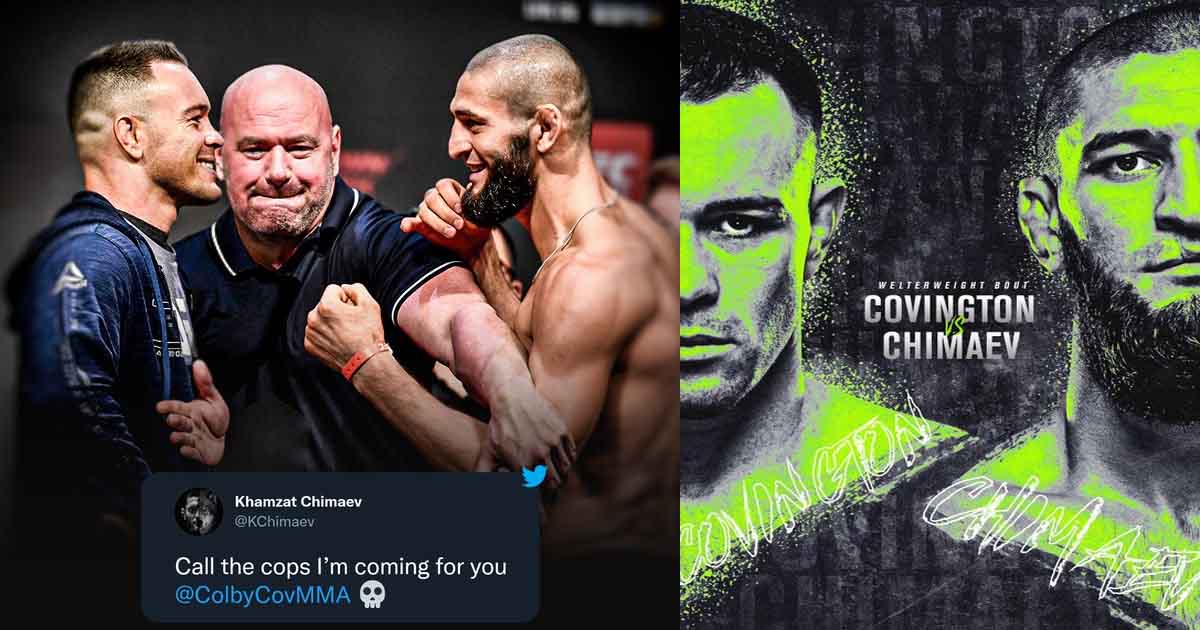 Khamzat Chimaev could be in line for another test against one of the top contenders in the welterweight division if he gets past Gilbert Burns at UFC 273.

UFC president revealed Friday that the promotion is eyeing a matchup between Chimaev and former interim champion Colby Covington if Chimaev wins on Saturday.

“I think that if Khamzat Chimaev wins this weekend, we see him and Colby Covington next,” Dana White said on The Pat McAfee Show.

Chimaev (10-0) has been nearly flawless through the first four fights of his UFC. The 27-year-old native of Chechnya has outstruck his opposition 254-2 in total strikes and 112-1 in significant strikes while putting up historic numbers inside in the octagon.

Most recently, he returned from a 13-month layoff to demolish Li Jingliang via first-round submission at UFC 267 and rise into a top-10 spot in MMA Fighting’s welterweight rankings.

While a win over Burns would push Chimaev into title contention, Leon Edwards is still expected to challenge UFC champion Kamaru Usman for the welterweight strap sometime in 2022. That would leave Covington, the division’s No. 2 ranked fighter, as the next best option to take on Chimaev.

And according to White, if things swing the right way, that’s the matchup the UFC is already penciling in for a big showdown on broadcast TV later this year.

“I have a fight coming up on ABC, and in a perfect world, if everything plays out right, I would love to do Khamzat vs. Colby if Khamzat should win on Saturday night,” Dana White said.