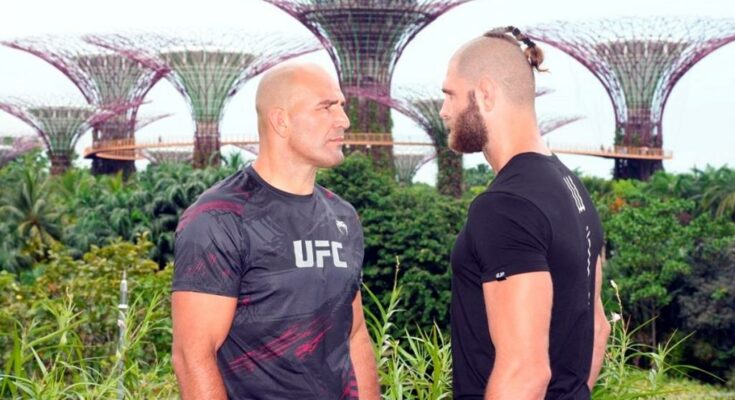 In the main event of UFC 275, Prochazka and Teixeira had one of the best fights of the year as the two went back and forth for the entire fight.

UFC 275 provided MMA fans around the globe with some truly memorable moments in Singapore earlier this month. To cap off the night, Glover Teixeira and Jiri Prochazka put on one of the greatest fights of all-time.

Battling it out until the very end, the defending champion in Teixeira appeared to be comfortably in control as time dwindled. After the bout, two of the three judges’ scorecards revealed the 42-year-old ageless wonder had the lead heading into a fifth which he seemed to be winning — until he wasn’t.

Sinking in a hail mary rear-naked choke following a scramble with less than thirty seconds remaining, Prochazka forced the tap and became Czech Republic’s first UFC titleholder. Before the fight, Teixeira mapped out his potential path to retirement starting with a Prochazka win in theory and ending after a hopeful second title defense in New York City in November. That’s all out the window now and the now-former champ wants his revenge.

During fight week, UFC President, Dana White, expressed that the winner of Magomed Ankalaev vs. Anthony Smith at UFC 277 on July 30 could very well be next in line. But the potential is there to see an instant rematch of such a thrilling title affair.

“I don’t know, we’ll see,” White told TSN of an instant Prochazka-Teixeira rematch. “But yeah, it makes sense. It was awesome. Awesome fight.

“It was an incredible fight. I literally watched it in a sprinter van that night and was freaking out during the fight. It was incredible and it absolutely makes to make that fight again but we’ll see what happens.”

The UFC 275 main event wasn’t the only title bout that warranted a possible rematch as right before it, Valentina Shevchenko had her toughest test yet at flyweight. Tasked with Contender Series alum, Taila Santos, Shevchenko skated by her Brazilian counterpart, picking up a split decision victory.

Santos found plenty of early success primarily utilizing her grappling and finding good positions against the rarely flawed “Bullet.” However, the tide turned midway through the bout when an accidental head clash broke Santos’ orbital bone and slowly swelled her eye shut. With surgery looming, the timetable doesn’t look good for her to get an instant rematch, but White also isn’t opposed to it.

“You could definitely rematch those two,” White said. “I think she’s (Santos) hurt right now. Yeah, she’s out so I don’t know, we’ll see. Valentina’s another one, like Israel [Adesanya] that will fight every weekend.”