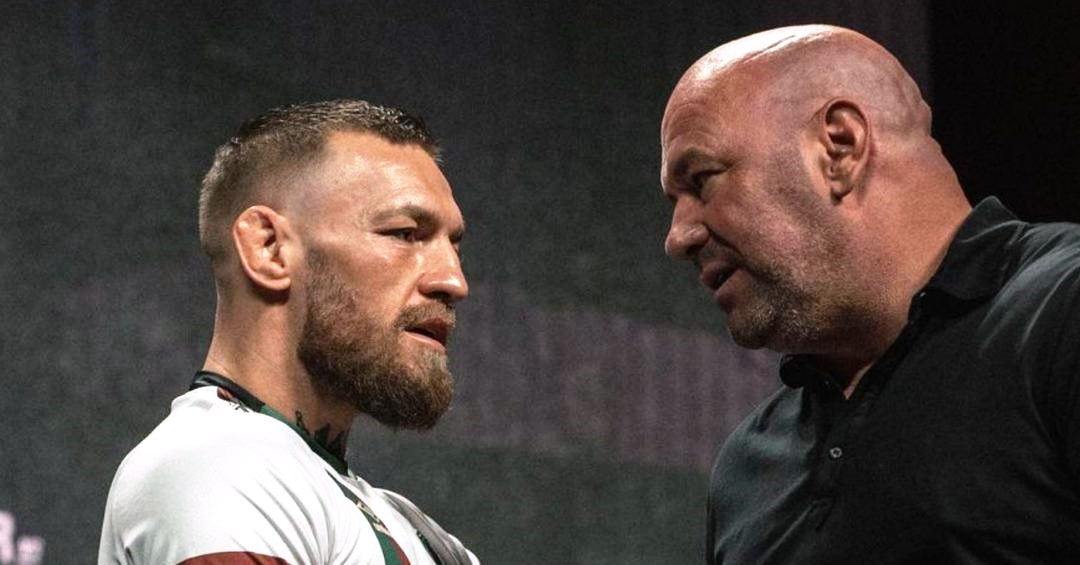 After breaking his tibia against Dustin Poirier at UFC 264, some fans wondered if Conor McGregor may never fight again. Dana White not only assures fans that he will be back, but says that it will likely happen within a year.

From the moment McGregor broke his leg, he was already setting up the rare fourth fight with Poirier. This was something that White said he was interested in making too, once Conor was healed and ready to fight again.

As for when that might be, Dana explained in a recent interview that he expects Conor to return within a year. Furthermore, he reaffirmed Conor’s position as one of the biggest stars in combat sports history, and promised that the Irishman would indeed fight again.

“(McGregor’s) the biggest draw ever, and not just in this sport. He’s one of the biggest draws ever, in combat sports period. He’s going to be off for nine months, so I expect him to be back in roughly a year, and yes he will be back.” said Dana White.

Dana White made it clear in the UFC 264 post-fight presser that when Conor McGregor returns, he will likely face Dustin Poirier. Although that may get complicated considering Dustin is expected to face Charles Oliveira for the lightweight title soon, maybe before the end of the year.

If Dustin wins the belt, which is by no means a shoe-in, it may be a hard sell to have Conor, who is 2-3 in his last five, and only has one win at lightweight, fight for the title. Then again, with Conor being the biggest draw in the history of the UFC, crazier things have happened.

Either way, Dana White seems intent on having these two run it back for a fourth time, given that they were 1-1 before this third fight’s ambiguous ending. Time will tell how this plays out, though conventional wisdom seems to see Dustin ending the rivalry on top. 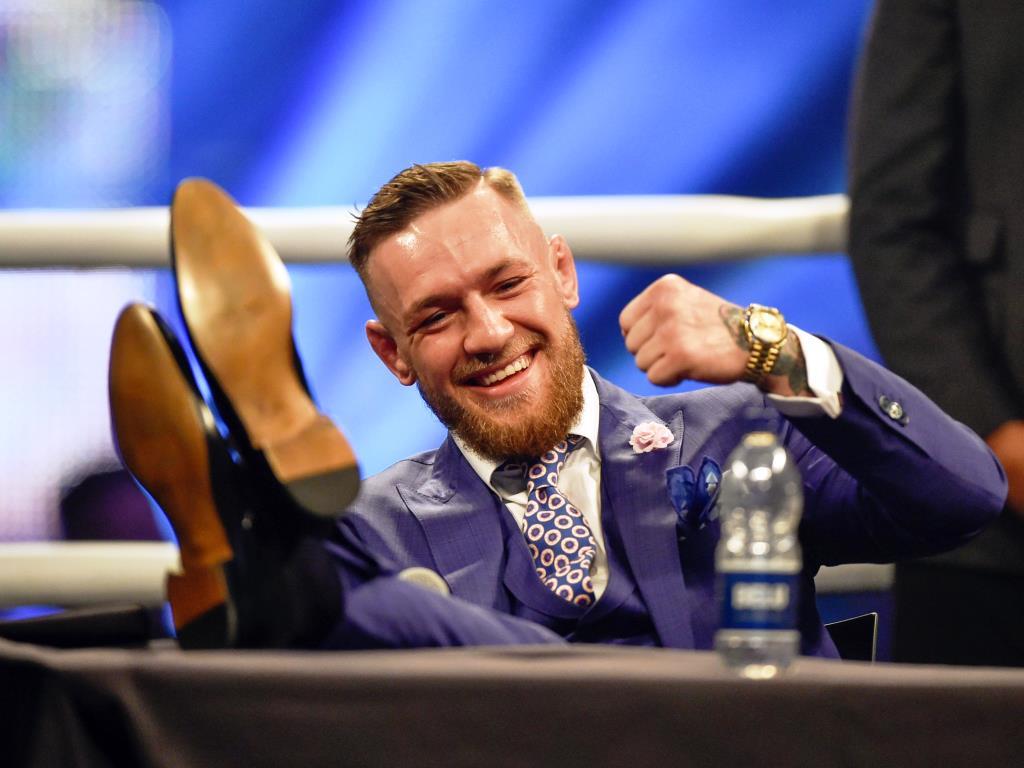 Conor: “This year I plan to fight at least two more times” 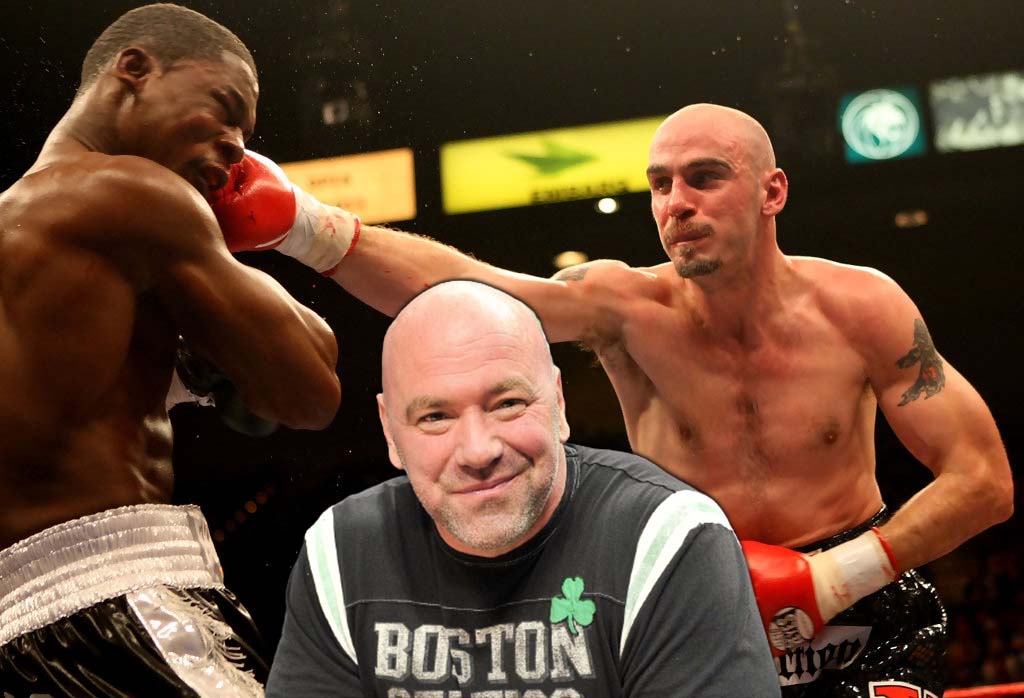 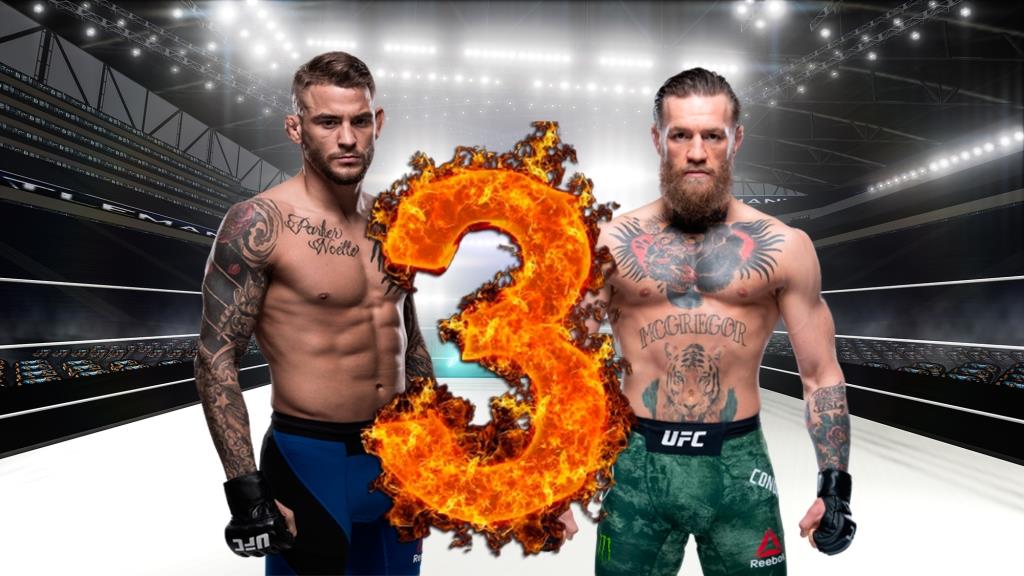