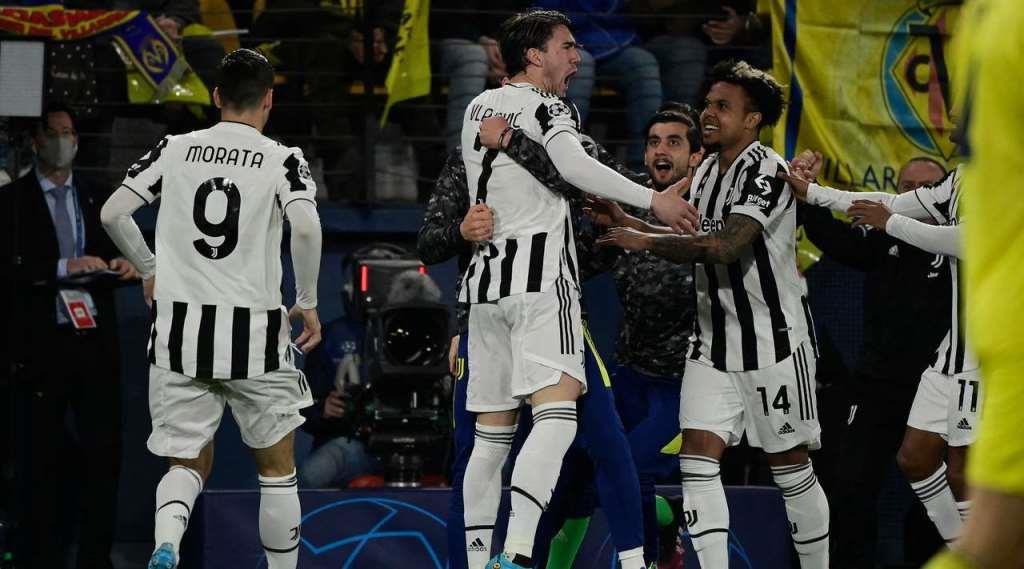 Dušan Vlahović became the quickest debut goalscorer in UEFA Champions League (UCL) history, but Dani Parejo’s second-half response ensured that Villarreal snatched a 1-1 draw with Juventus at Estadio de la Cerámica to leave their Round of 16 tie in the balance.

With the opening goal timed at just 33 seconds, Villarreal endured a nightmare rebirth in the UCL knockouts after a 13-year absence. As Vlahović has done many times already this season, he controlled the ball beautifully, before thrashing an unstoppable shot into the Villarreal goal to make history.

In turn, the Serbian also became the second-youngest Juventus player to score on their UCL debut, after Alessandro Del Piero in September 1995, during Juventus’ last run to the famous trophy.

After the early goal, Villarreal regained some composure, and Unai Emery’s side soon had chances of their own as they pressed for an equaliser.

Giovani Lo Celso was unable to pull the Yellow Submarine level when his shot crashed off the bar, whilst Étienne Capoue also saw his effort sail in the stands when he struck from distance.

Having already struck over shortly before the break, Álvaro Morata had a chance to add a killer second goal for Juventus, and all but seal their passage to the quarter-final.

However, he fired just wide, and there was a growing sense that Juventus would pay for their profligacy. With Juventus sitting deep, Villarreal eventually did snatch a deserved equaliser, when Dani Parejo poked home the second UCL goal of his career, after a delightful through ball from Capoue left him with just the keeper to beat.

It nearly got worse for Juventus, as Adrien Rabiot was perhaps lucky to avoid a red card for a robust challenge on Samuel Chukwueze.

Vlahović came closest to a winner when he struck a long effort late on, but while Juventus will rue their missed opportunities, the ‘Bianconeri’ showed enough to suggest that they can capitalise on home advantage in the second leg, and avoid a Round of 16 exit from the UCL for a third successive season.