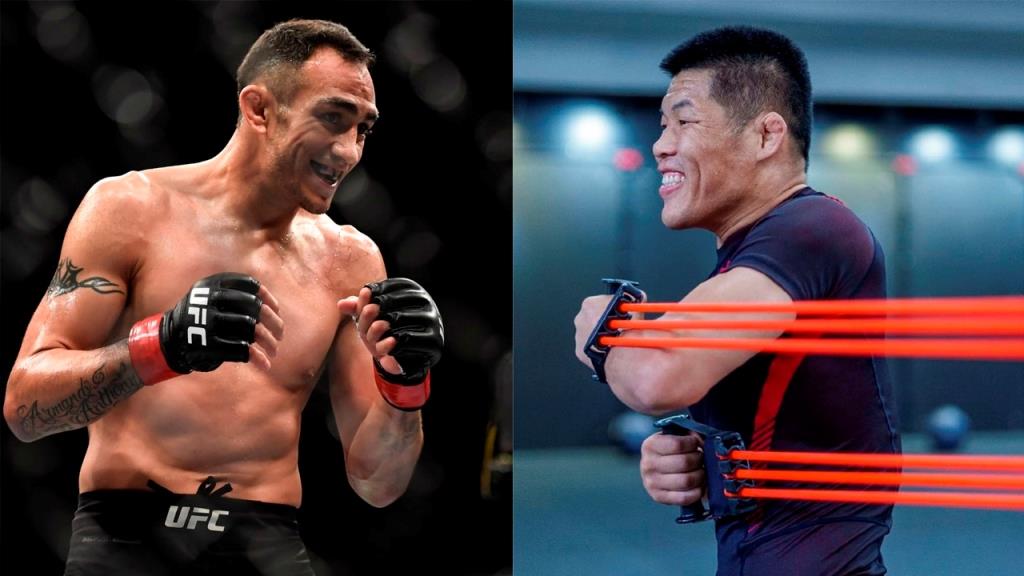 It will be Tony Ferguson (25-7 MMA) vs Li Jingliang (19-7 MMA) this coming Saturday, September 10th at the T-Mobile Arena in Las Vegas, Nevada.

The co-main welterweight bout will see Ferguson, 38, attempting to recover from a four fight losing streak. ‘El Cucuy’s’ latest knockout loss came in May of this year against Michael Chandler (23-7 MMA) in a lightweight bout.

Following the latest loss, Ferguson has been training with Jackson Wink and is moving back up to welterweight status. Ferguson, back in 2011, earned his UFC contract at welterweight when he claimed The Ultimate Fighter season 13 title.

As for Li Jingliang, he’s had 7 wins in his last 10 fights. ‘The Leech’s’ most recent victory came against Muslim Salikhav (18-3 MMA) this past July.

Daniel Cormier, speaking on his ‘DC & RC’ ESPN show explained his issue with Ferguson moving up to welterweight:

“But if there is a guy that could let go of the past and everything that happened prior to go and try to make a statement, it is Tony Ferguson. But in Li Jingliang, this guy is tough. He hits hard, and this is a very difficult matchup in his first time fighting at welterweight in a long time. So while I’m looking for something positive, I don’t expect all that much as of right now. He’s going to have to show me something.”

When Tony Ferguson revealed his plans to move up to 170lbs

In an interview with MMA Junkie following his loss to Michael Chandler, former interim champion Tony Ferguson stated that he would entertain a move up to welterweight.

‘El Cucuy’ stated that he used to knock everyone out during his time in the welterweight division. Ferguson also explained that the cut to 155lbs made him skinnier than he fancies:

“I wouldn’t mind going back up to 170 [lbs]. I knocked everybody out at 170. This cut to 155 is not too hard but I lose a lot of muscle mass man, I fuck**g hate being skinny like that. I look like a little bitch. I fucking don’t like that.”

Interestingly, the 38-year-old came into the UFC as a welterweight. Ferguson was also the winner of The Ultimate Fighter season 13 welterweight finale. In the TUF final, ‘El Cucuy’ secured a first-round knockout win against Ramsey Nijem.

Watch Tony Ferguson talk about his move back up to welterweight below: 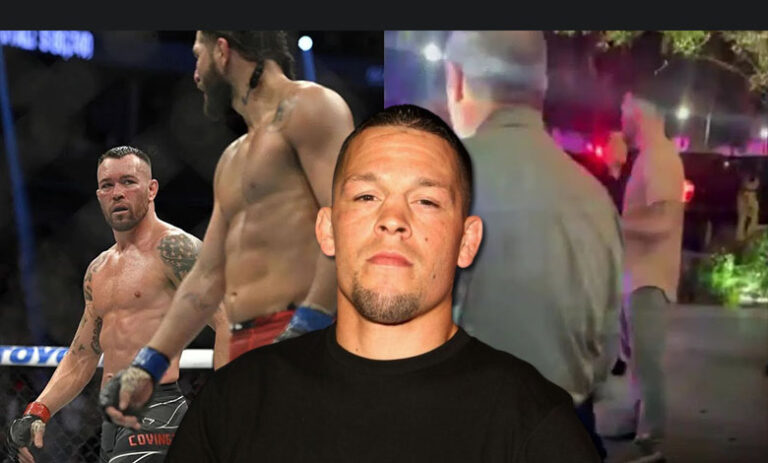 Nate Diaz has reacted after Jorge Masvidal allegedly sucker-punched Colby Covington at a restaurant in Miami. Late Monday evening it was reported that Masvidal and Covington got into a scuffle at Miami Beach restaurant Papi Steak and police were called. It was then revealed on Tuesday that ‘Gamebred’ went to the restaurant with a surgical… 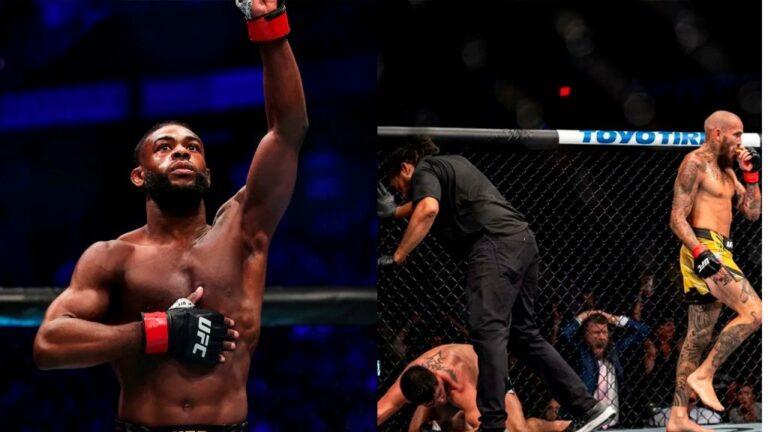 Marlon Vera made a statement on Saturday night when he finished Dominick Cruz with a thunderous head kick in the main event of UFC San Diego: Vera vs. Cruz. Not only did the Ecuadorian flatline the former 135lb champion, but he did it in Cruz’s hometown of San Diego, California. Reigning bantamweight titleholder Aljamain Sterling… 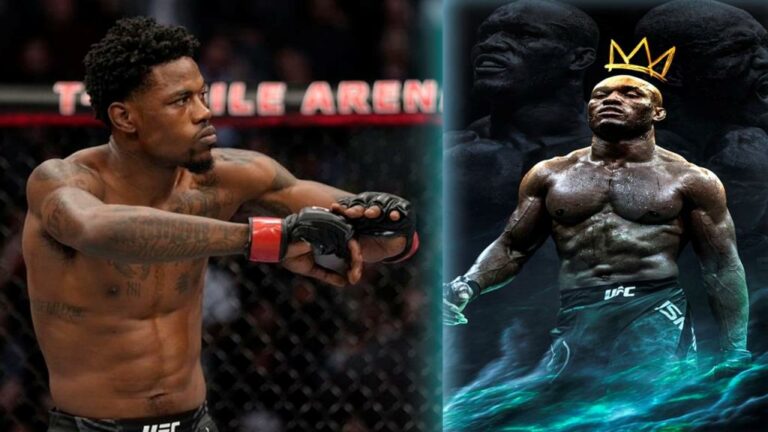 Kamaru Usman (20-1 MMA) is scheduled to defend his title against Leon Edwards (19-3 MMA) at UFC 278 on August 20, 2022 at the Vivint Arena in Salt Lake City, Utah. It will be his sixth career welterweight title defence. 29-year-old Kevin Holland, (23-7 MMA) believes young athletes should be paired up with veteran fighters,… 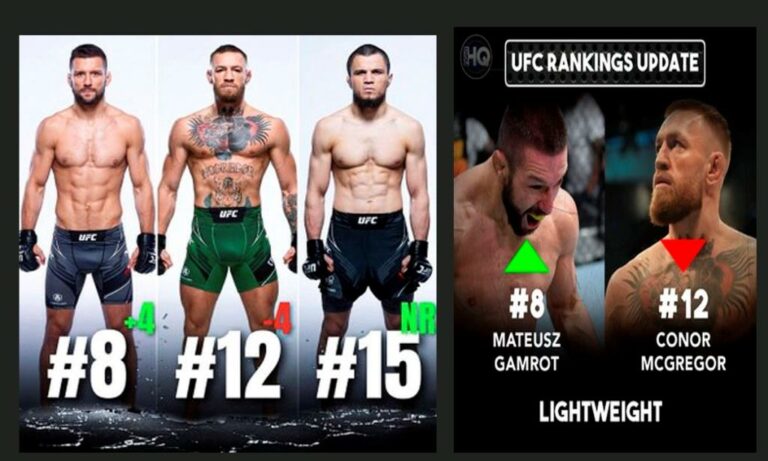 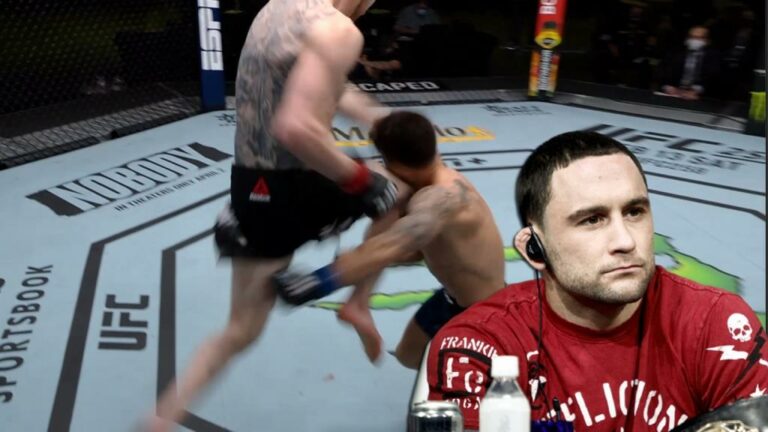 Former UFC lightweight champion American Frankie Edgar commented on the defeat in the last fight with compatriot Cory Sandhagen. According to Frankie, he does not remember the moment of the blow, as a result of which he was knocked out, as well as how he left the arena. “Actually, I didn’t remember anything. I don’t… 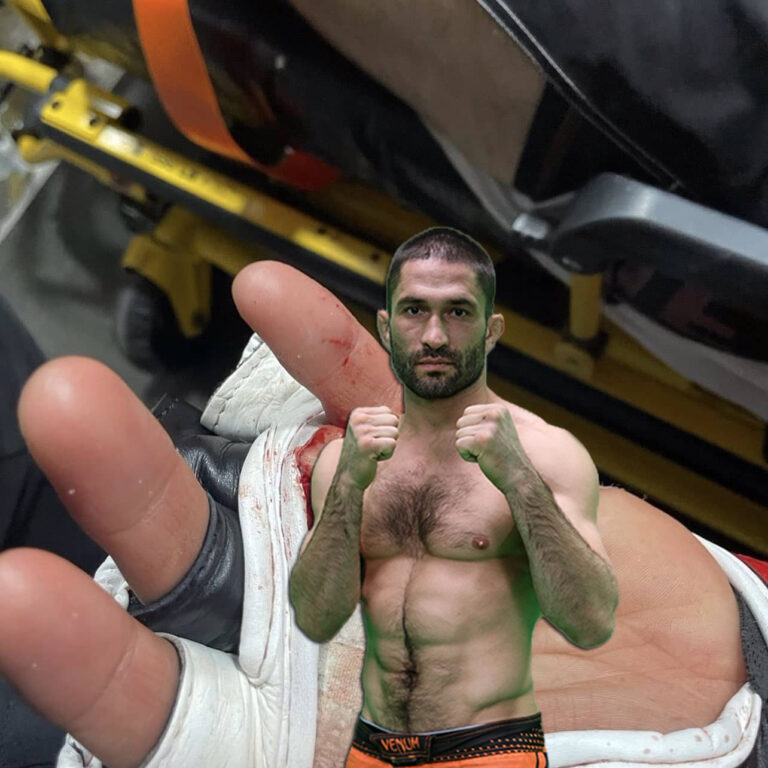 Disclosure: This post contains affiliate links. If you buy or sign-up through one of those links, you won’t pay a penny more but we’ll get a small commission that helps me in running this blog. Read the Disclosure page. Canadian MMA fighter of Ossetian origin Khetag Pliev (5-2 MMA) lost a finger on his hand during a…