Daniel Cormier has offered his take on Jorge Masvidal’s recent altercation with Colby Covington at a restaurant in Miami. 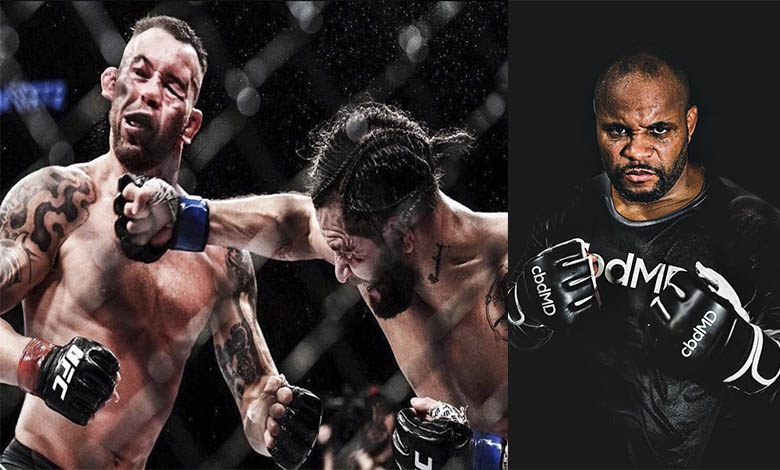 While in conversation with Ryan Clark on the DC & RC show, the former two-division champion opined that ‘Chaos’ was the farthest thing from a street fighter. Per Cormier’s assessment of the feud between the two UFC welterweights, Covington crossed the line as far as his long-standing beef with Masvidal is concerned.

Claiming that Covington is not equipped to deal with such a situation, Cormier said:

“Colby Covington is not a street guy. Colby Covington is a guy that likes to talk and fight. The shtick may have crossed the line and now it’s gotten him into a situation that he is not really equipped for. That is why, Ryan, he didn’t have anybody in place with him to make sure that it didn’t cross the line.”

Watch the latest episode of DC & RC below:

Colby Covington reveals why Jorge Masvidal ambushed him at a restaurant

Colby Covington offered the police some insight into the scuffle he had with Jorge Masvidal at the Papi Steak restaurant in Miami, Florida. According to reports from TMZ Sports, Covington believes it was his comments about Masvidal’s children that prompted the attack. ‘Chaos’ revealed what he heard ‘Gamebred’ yell after their altercation:

“You shouldn’t have been talking about my kids.”

Masvidal subsequently took to social media to echo the same sentiment the day after the incident. He took a subtle dig at Covington in a post on Twitter, writing:

According to police reports, Masvidal runs the risk of facing felony battery charges following his attack on Covington.

This comes just a few weeks after their UFC 272 headlining clash at the T-Mobile Arena in Las Vegas, Nevada, where Covington emerged victorious in his grudge match against Masvidal. ‘Chaos’ cruised to a comfortable unanimous decision victory on the night after putting on a wrestling masterclass.