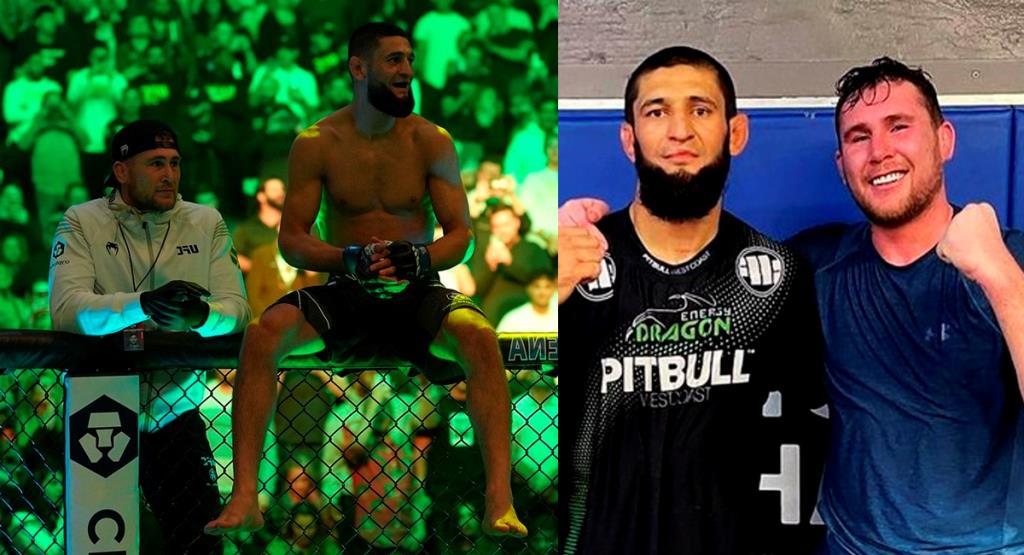 Khamzat Chimaev is coming off of an epic win over Gilbert Burns at UFC 273 a few weeks ago. He was working with his new best friend Darren Till in the lead-up to the fight.

Darren Till was not surprised by the heart Khamzat Chimaev showed at UFC 273 and felt like it was a good experience. Gilbert Burns was the right person to bring the best out of him that night.

“I knew what Khamzat had and what he has inside, but what the best thing I think for this fight is, that he’s tasted a bit of getting punched and having to dig deep for the win. Cause that changes you as a fighter, as a man,” Darren Till told Submission Radio.

“So, I said to him backstage, I said to him, that’s what you needed. Like, this is probably the best outcome you could have had, cause now you’re going to train even harder and you’re gonna listen to your coaches strategy more, and it’s not just about going out there and knocking guys out and toughing guys out, cause you’re gonna go up an unmovable force one day, which we came up against. Like, Gilbert on the night, he was strong and durable and stuff like that, so it was probably the best outcome, in my opinion.”

Darren Till was also quick to remind everyone just how new Khamzat Chimaev is to the UFC compared to Gilbert Burns. It’s rare to see a fighter rise up so quickly.

“It’s like, people are saying, ‘oh, well Khamzat, he took this punch and that punch, and he was messing about, warming up before the fight with Darren’. It’s like, guys, the guy was number 11, he’s had four fights in the UFC and he just came in and beat the number two guy. Like, are you for real?” Darren Till said.

“How can you hate on the guy for that shit? Like, the guy’s a fucking superstar. The guy’s the only legitimate superstar right now in the UFC, up and coming. The rest of the guys, there’s a lot of up-and-comers in the UFC right now, and it’s good to see them up and coming, but they’re slowly working their way up. Khamzat’s just come in the UFC and just took everyone on. It’s like, who else has done that?”

Khamzat Chimaev has plenty of options next but it appears Darren Till agrees with UFC president Dana White. He should fight Colby Covington in a main event fight.

“I would like to see him fight Colby in a five-round main event, and I think that’s the best thing for both guys,” Darren Till said.

“I think Khamzat can knock him out. I don’t think Colby’s felt power like Khamzat. Like, I’ve changed my opinion a bit, because Colby’s a good fighter, but I just don’t see who he’s fighting who’s at the top of the top of the level right now. Obviously Usman, but like, there’s no one [else]. Khamzat’s obviously come up real quick. I just think Khamzat’s got so much power and edge over him. Listen, Colby’s a terrific fighter, he’s phenomenal, but I see the win there with Khamzat, and I’d love to see that to get him ready for the title for Usman.”