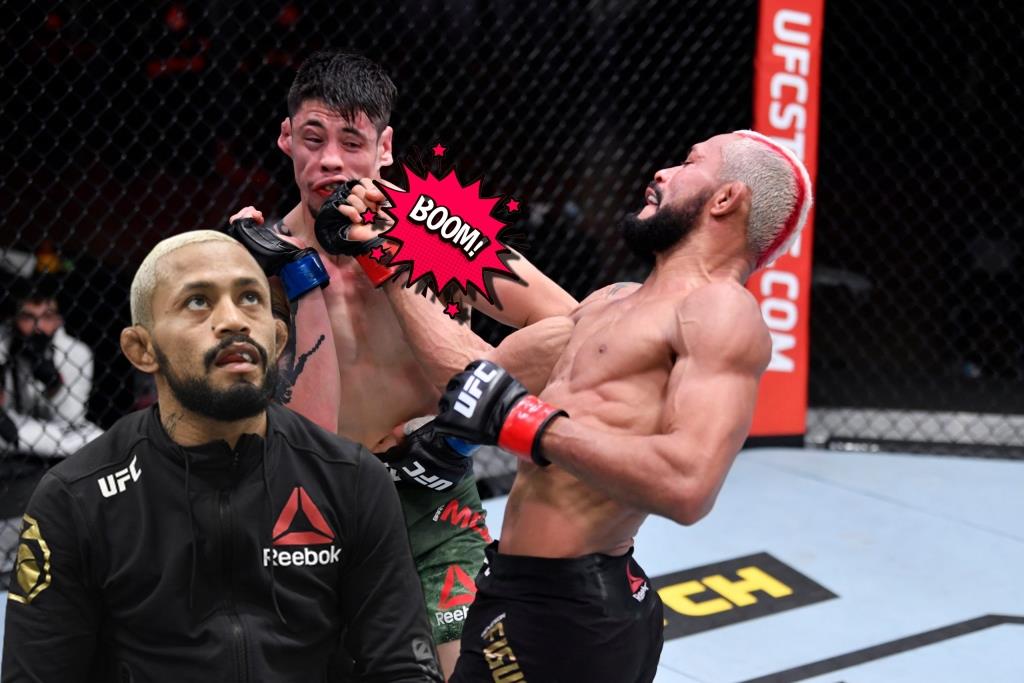 Former UFC flyweight champion Deiveson Figueiredo issued a statement following his loss at UFC 263 and he promised to make another title run.

Figueiredo was stopped in the third round by a rear-naked choke from Brandon Moreno in the co-main event of this past Saturday night’s UFC 263 pay-per-view event. For Figueiredo, it was disappointing to lose his title, especially after he already fought Moreno to a draw in his last outing. The Brazilian struggled to make weight for the fight and then put on a flat performance, but he has already said that he plans on sticking around 125lbs and making another run for his title when he is able to return to the Octagon.

Taking to his social media in the days following UFC 263, Figueiredo issued a statement on his social media where he praised his opponent for the win and thanked his fans for their support, before telling everyone that he plans on continuing to make another title run.

“I come here with wide open arms, to embrace my friends, fans, the Mexican public who treated me with great affection and respect. I would like to say that I am happy, yes, very happy! Because God allowed me to win the belt, but now the belt is with Brandon. In sports it’s like that, in life it’s like that, the sun shines for everyone,” Deiveson Figueiredo wrote. “Now I’m coming home. Wherever I go I receive affection from fans, I love their affection, I’m sure I’m loved by them, thank you my God. I’m sure of one thing, I’ll be back. I ask God to give me health, humility and wisdom. I will definitely work hard to win the belt again. May everyone be in the peace of Christ!”