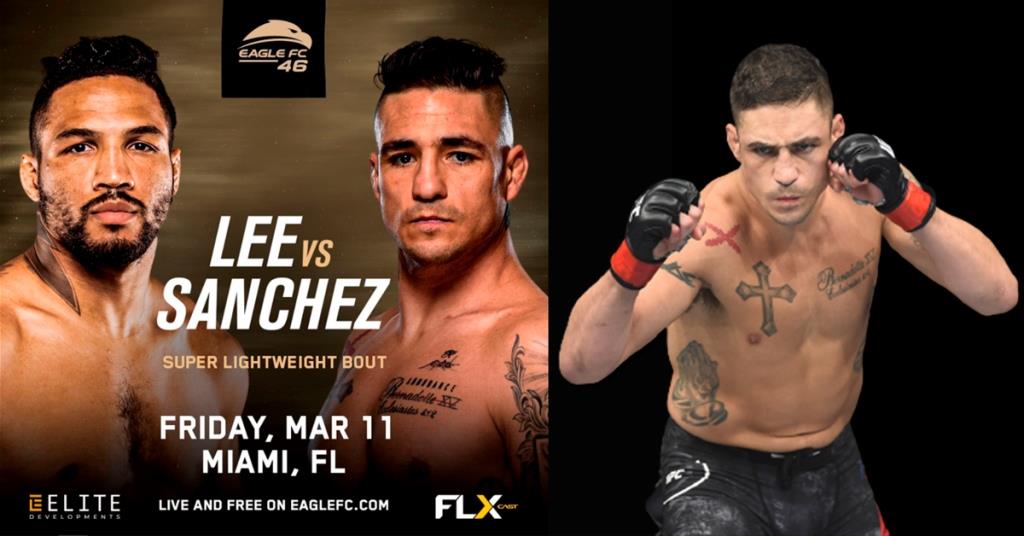 ‘The Nightmare’ lost to Jake Matthews by unanimous decision in his last fight at UFC 253. He hasn’t competed since he was released from the world’s biggest MMA promotion. Sanchez is expected to return to the cage in a fight against Kevin Lee.

During a recent interview with MMA Junkie, Diego Sanchez said that he wants to win the three fights in his Eagle FC deal and capture the super lightweight title. Once his contract expires, Sanchez is willing to try his hand at bare-knuckle boxing under the right conditions. The TUF winner said:

“I don’t think I’ll do another 48 years or 8 years. I’m excited to finish out my career in Eagle FC. I got a three-fight contract so that’s what I have on my goal, you know, on my vision board.”

“It’s three victories in Eagle FC; get the Eagle FC 165-lb… super lightweight belt, and go from there. Either end my career in Eagle FC, or I’ve given consideration to going into the BKFC world and taking off the gloves and doing that, given if it’s the right opponent and right payday.”

John McCarthy doesn’t believe this is the best match-up for ‘The Nightmare’, but feels Sanchez can come out on top if he takes the fight to the ground. During a recent episode of the Weighing-In Podcast, McCarthy said:

“You know, Diego’s (Sanchez) done a ton in the sport of MMA. And he’s had some great times; he’s had some hard times. I just don’t wanna see him going out with him being the guy…it was kind of that way with his last fights in the UFC. They were trying to use his name to get other guys over. You know, get that victory against the guy who is the legend of the sport, the guy that’s been there forever, the guy that won The Ultimate Fighter 1.”

“And I don’t know; I don’t think it’s a good fight. I’ll watch it; I’m not saying I won’t. I just don’t think the matchup at this point in their careers is a fair matchup. I think Diego’s gotta get the fight down. If he gets the fight down, he can definitely win the fight. Other than that, he’s gonna have a hard time.”