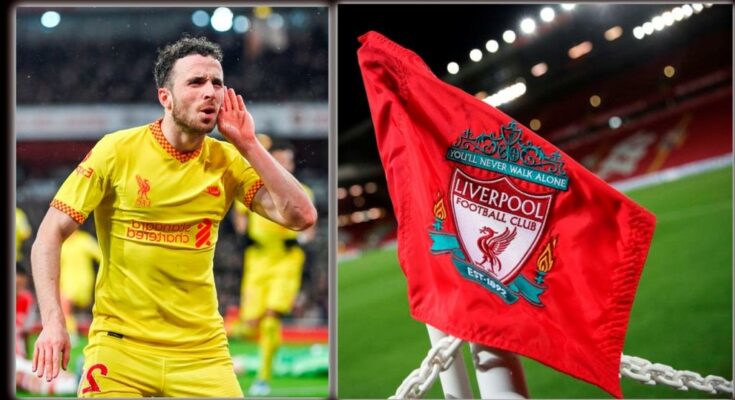 Liverpool are prepared to step up their efforts to tie Diogo Jota down to a new deal at Anfield in the coming weeks, according to GOAL.

Jota joined the Reds from Wolverhampton Wanderers for a deal worth up to £45 million in 2020. While there were concerns about the forward’s price tag, he has settled in well on Merseyside.

The Portugal international has so far made 85 appearances across all competitions for Liverpool. He scored 34 goals and provided nine assists in those games, while helping the club win two trophies.

Jota still has three more years remaining on his contract with the Premier League giants. However, Jurgen Klopp’s side are prepared to reward him for his performances by handing him a new deal.

Having impressed since his arrival from Wolves, the 25-year-old is in line for a ‘significant pay rise’, according to the aforementioned source. Talks over a fresh contract are expected to progress in the coming weeks.

It remains to be seen if Jota is willing to put pen to paper on a new deal with Liverpool. It is also unclear whether negotiations over a contract have already taken place between the two parties.

If everything goes according to plan, the forward will follow in Mohamed Salah’s footsteps by committing his future to the Reds. The Egypt international put an end to speculation about his future by putting pen to paper on a new deal last week.

The Reds have wasted no time in strengthening their squad ahead of the 2022-23 season. They have already signed Darwin Nunez, Fabio Carvalho and Calvin Ramsay for a combined fee of £73 million this summer.

Klopp’s side have now turned their attention towards moving a few players on before the transfer window slams shut. Sadio Mane has joined Bayern Munich in a deal worth up to £35 million, while AS Monaco have signed Takumi Minamino for £15.5 million.

Neco Williams is next in line to leave the Merseyside-based club this summer. Nottingham Forest are poised to sign the Wales international in a deal worth £17 million, according to The Daily Telegraph.

Meanwhile, the Anfield outfit are looking to tie Joe Gomez down to a new deal this summer. Naby Keita, who has just one year remaining on his contract, could also be in line to commit his future to the club.