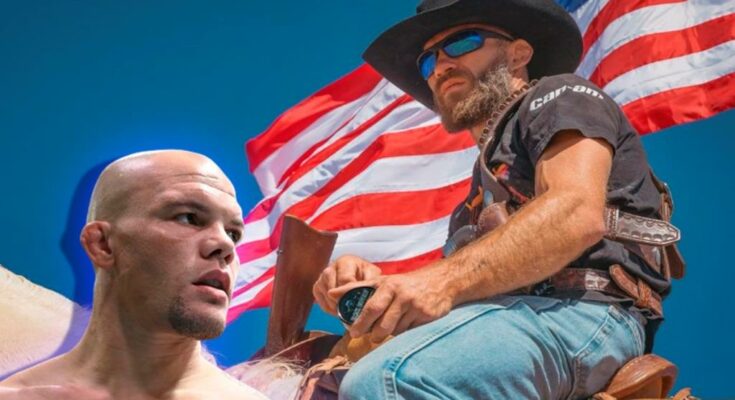 UFC lightweight Donald Cerrone is confused by Anthony Smith’s recent accusation against him.

Last month, ‘Lionheart’ revealed on the Believe You Me podcast a run-in his family had with ‘Cowboy’ at UFC 235. While Smith was fighting in the main event against Jon Jones, his family was reportedly dealing with other issues.

For his part, Dan Bilzerian denied the accusations. Now, Donald Cerrone, who fights Joe Lauzon at UFC Austin, gave his take on the story. At the UFC Austin media day, he denied Anthony Smith’s claim.

“For one, I saw Anthony a couple of times and he never said anything, so why he waited for three years to go by — I just don’t know if he’s trying to stay relevant, why he would bring that up,” Donald Cerrone said.

“You know, because you go to the fights, your name is literally on your chair in Dana’s section. So, ‘Cowboy. Cowboy.’ Nobody was sitting in my seat when we showed up there. It’s not like we were like, ‘Hey, mom, get out, you’re not in this seat.’ You walk in the back, the security grabs you and walks you to your seat, ‘Ticket 6, 7, OK, right there and there.’

“It’s not like you can just free range walk around any seat you want and be like, ‘Get out, you’re in my seat’ or ‘Get out, I want to sit there.’ And if they were there and we kicked them out, how did we find another seat? The whole story doesn’t make any sense to me. I don’t get it, but I’m not sure where he even fabricated this story from. It’s funny to me and then to say Dan was in there watching porn. That means after we threw your grandma and mom out of their seat, they sat behind us? It’s strange to me, so I don’t know.”

As Cerrone heads into his 38th UFC appearance, he sits at or near the top of several promotional leaderboards including most wins (23, tied with Jim Miller and Andrei Arlovski), the second-most finishes (16), and the third-most appearances.

Asked whether he finds Smith’s accusations upsetting in regards to their effect on his legacy, Donald Cerrone reacted more with confusion than anger.

“More annoyed with the people that don’t know what’s going on, when they like make comments like, ‘Oh, you’re going to kick another grandma out?’” Cerrone said.

“Like, those people aren’t even educated enough to know what’s going on in the story. But in this world, you can get on social media and say anything you want so I’m numb to it now.

“I don’t get why Anthony didn’t just come to me and call me. If he was there and seen it and witnessed it, why wasn’t something said right there on the spot? Why would you wait three years to come out with it? And if I was drunk — which probably was a pretty serious case at a UFC fight — the seat still said ‘Cowboy’ on it. I don’t recall kicking anybody out. Could it have happened? Possibly. Doubt it. But I would definitely not have kicked somebody’s mom or grandma out of a seat, I’m not that guy. If it was another dude, probably like, ‘Hey man, scoot over, you’re in my seat.’ But someone’s mom? I’m not that guy. Plus, I know everybody here. I would just find another seat. It’s a strange story to me, but whatever.”