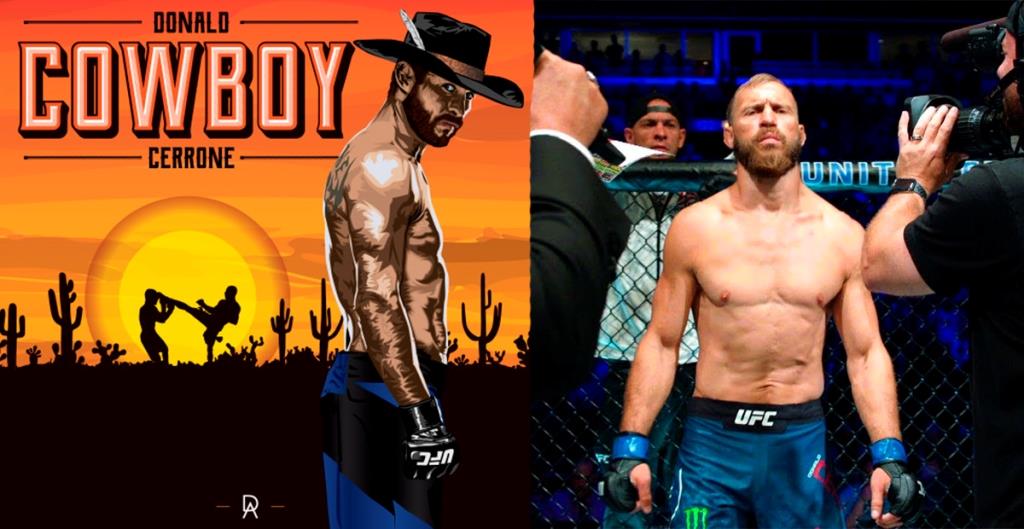 Donald Cerrone will return to lightweight.With more than 60 combined fights inside the octagon between them, Donald Cerrone and Joe Lauzon are expected to face off at the upcoming UFC Fight Night card scheduled on April 30.

Multiple sources confirmed the news on Friday with verbal agreements in place from the athletes. MMA Junkie initially reported the news.

Donald Cerrone will be making his first appearance in nearly a year as he looks to stop the roughest skid of his career after going 0-5 with one no contest in his past six fights. Prior to his current streak, Cerrone had rattled off three wins in a row including a submission victory over Mike Perry and a knockout against Alexander Hernandez.

Now Cerrone will look to return to the win column while facing another veteran from the lightweight division.

Lauzon last fought in October 2019 when he earned a first-round TKO over Jonathan Pearce, which put him back on track after three losses in a row.

In recent years, Lauzon has put more focus into training and coaching fighters than his own career but he has resisted retirement just in case the right kind of opportunity was presented that would draw him back to the cage again.

Donald “Cowboy” Cerrone (36-16 MMA, 23-13 UFC) looks to snap a six-fight winless streak that includes five losses (four by finish) and one no contest. Cerrone’s most recent win occurred in May 2019 when he dominated Al Iaquinta en route to a unanimous decision.

Lauzon (28-15 MMA, 15-12 UFC) has not competed since October 2019 when he returned from an 18-month layoff. In front of his home crowd in Boston, Lauzon finished Jonathan Pearce with punches to snap a three-fight losing skid. After the fight, UFC president Dana White said Lauzon indicated the fight would be his last, a claim the fighter disputed.

With the addition, the April 30 lineup includes:

It appears Donald “Cowboy” Cerrone was the perfect bait with Lauzon taking on another UFC legend when they meet on April 30.

More fights for the card will be announced by the UFC in the coming weeks along with a main event for the show.