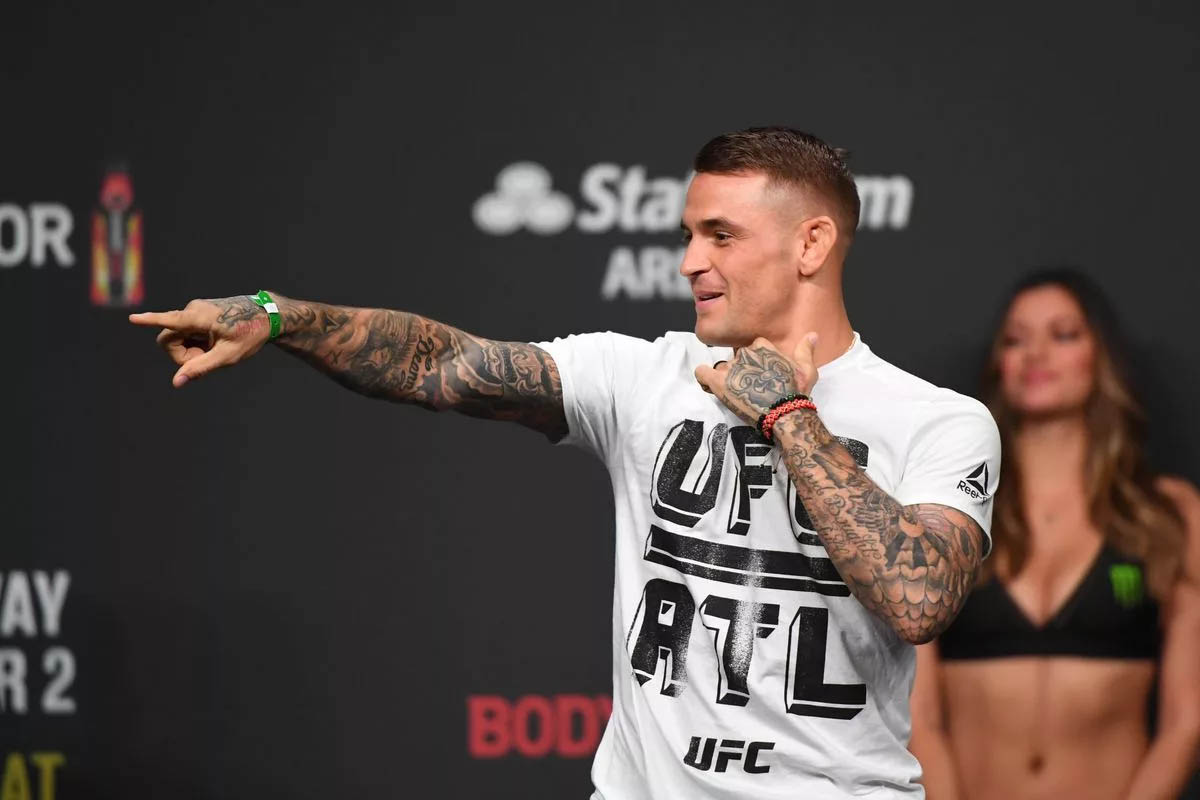 Dustin Poirier is seemingly frustrated at the UFC’s apparent reluctance to book his next fight. ‘The Diamond’ has been urging the UFC to book a matchup between him and Nate Diaz next, but the promotion doesn’t seem to be in on the idea.

It seems like Poirier is itching to step inside the cage again. In his latest tweet, he vowed to put a bad beating on his opponent the next time he enters the octagon. The former interim champion tweeted:

“I’m telling you, im gonna bust someone up something nasty next time out. Save this tweet”

Poirier and Diaz recently had a back-and-forth on Twitter on the latter’s birthday. The Louisianan wished Diaz and asked him to “get a deal done.” Interestingly, they were previously scheduled to fight one another a few years ago, but the bout fell through.

In response, Diaz told Poirier that he “s*cks” before going on to thank him for the birthday wish.

If not each other, who are Dustin Poirier and Nate Diaz fighting next?

Nate Diaz has one bout remaining on his current contract with the UFC and has been urging the promotion to let him fight out the same. The Stockton native previously showed interest in fighting Dustin Poirier, but UFC president Dana White made it clear that’s not a matchup he wishes to make. He said that the promotion is looking for another matchup for both Diaz and Poirier.

Rumors are rife that Diaz’s farewell fight inside the octagon could be against Conor McGregor. McGregor and Diaz have fought twice in the past, with both men winning one fight each. With the Irishman expected to return to the octagon later this year, it could make sense for the Stockton native and his arch-rival to settle their rivalry in a trilogy fight.

Poirier, on the other hand, has been challenged to a grudge match by former interim welterweight champion Colby Covington. Covington and Poirier are former teammates and ‘Chaos’ has mentioned his desire to fight Poirier on several occasions. Poirier, however, previously stated that he wasn’t interested in fighting Covington. It remains to be seen who him and Diaz will fight next.