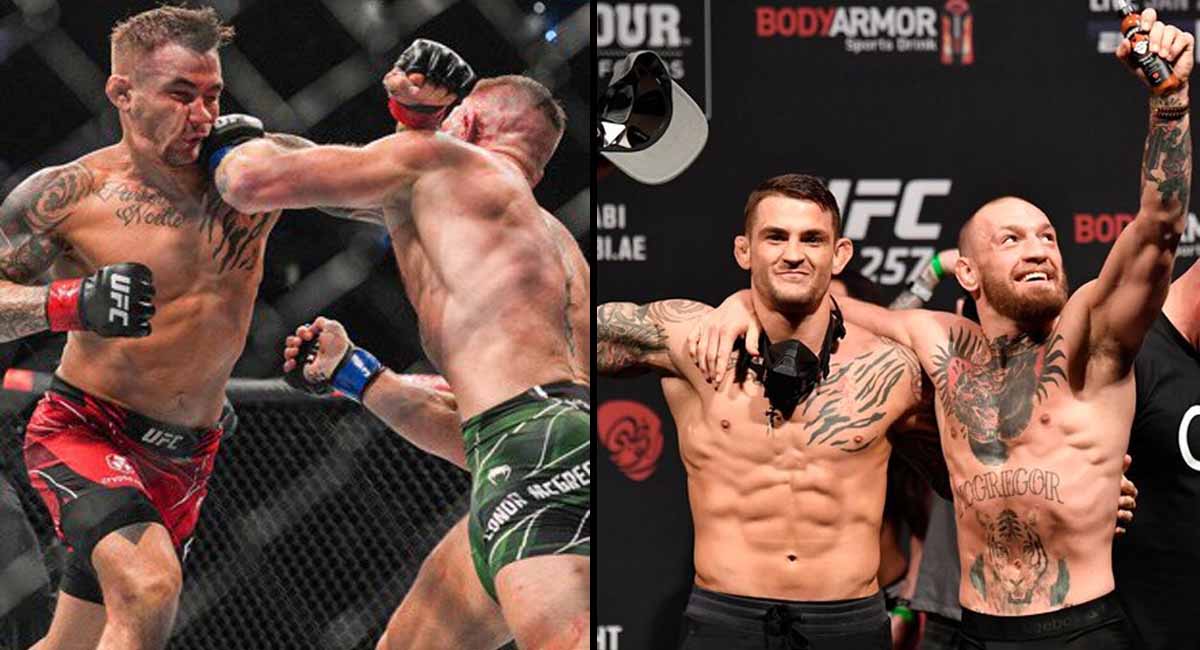 Dustin Poirier recently agreed with a fan’s suggestion that the UFC is waiting for Conor McGregor’s return to book a fourth fight between the pair.

A fan on Twitter (@Mosquit0Hunter) wrote that he had a gut feeling the UFC would book Poirier vs. McGregor 4 once the Irishman returned to the octagon. ‘The Diamond’ seemed to agree with the suggestion and responded:

Poirier last fought at UFC 269, where he was submitted by Charles Oliveira in the main event of the pay-per-view. It was the second time the Lousiana native had failed to become an undisputed UFC lightweight champion. He was submitted by Khabib Nurmagomedov at UFC 242 in his first title shot.

Poirier has held the interim title before. Despite having a glittering career in the promotion, he is yet to capture the elusive undisputed title.

The 33-year-old has been looking to fight Nate Diaz for a while now. Diaz called out Poirier on numerous occasions via social media. ‘The Diamond’ also expressed his interest in the clash. They were previously slated to fight at UFC 230. However, Poirier had to pull out on that occasion due to an injury.

Stylistically, a fight between him and Diaz would be a barnburner. However, the chances of that bout happening now are minimal. The younger Diaz brother has just one fight remaining on his contract and has hinted at retirement.

Watch the face-off between Dustin Poirier and Nate Diaz in 2018:

Is Dustin Poirier vs. Conor McGregor 4 next for the UFC?

McGregor suffered a freak leg break at UFC 264 when he faced Poirier in their trilogy fight. Poirier won the contest via a doctor’s stoppage. The duo first fought at UFC 178 with the Irishman claiming a first-round knockout win.

Poirier leveled the scores at UFC 257 when he knocked McGregor out in the second round. A fourth fight between them could be on the cards next, considering the nature of the ending in their third fight.

McGregor has returned to training after successfully recovering from the injury. However, it might be a while before ‘Notorious’ eventually makes an octagon return.

When he eventually does, it will be interesting to see if the UFC books the quadrilogy as Dustin Poirier’s next fight.