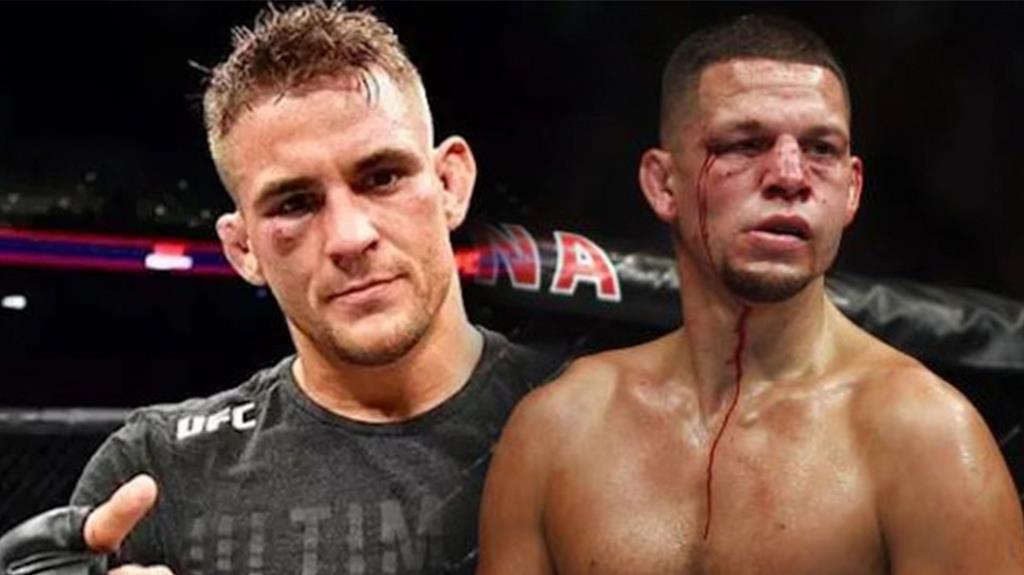 Dustin Poirier believes that a fight between him and Nate Diaz in the summer makes sense.

In a recent Instagram post from ESPN MMA, combat sports reporter Marc Raimondi quoted a statement from Poirier on a potential bout with Diaz later this year:

Earlier this month, Nate Diaz spoke with TMZ Sports and stated that he would like to take on Dustin Poirier in his final UFC outing:

“I would like to fight Dustin Poirier. Like now. Like I’ve been trying to. If there’s any mix-up it’s him, and them, and the game. I want the fight now. What’s up Dana White? Let’s get this retirement fight cracking so I can get out of this fight game. I’m done with it.”

Both Diaz and Poirier have been vocal on social media about pursuing a fight against each other. The Stockton native has been calling out Poirier for a bout since last year. He has just one fight left on his current UFC contract.

Nate Diaz also called out ‘The Diamond’ to a fight at middleweight in 2021. Poirier responded to the challenge, suggesting that he would be open to taking on Diaz at any weight class.

While a fight between the pair would certainly draw eyeballs, the UFC hasn’t shown much interest in putting it together. Diaz and Poirier were originally scheduled to fight in November 2018 on the UFC 230 card. However, the bout had to be canceled after Poirier sustained an injury.

Nate Diaz is currently 21-13 in his pro MMA career. He is coming off losses to Leon Edwards at UFC 263 and Jorge Masvidal at UFC 244.

Meanwhile, Poirier holds a record of 28-7 and is coming off a submission loss to Charles Oliveira at UFC 269.