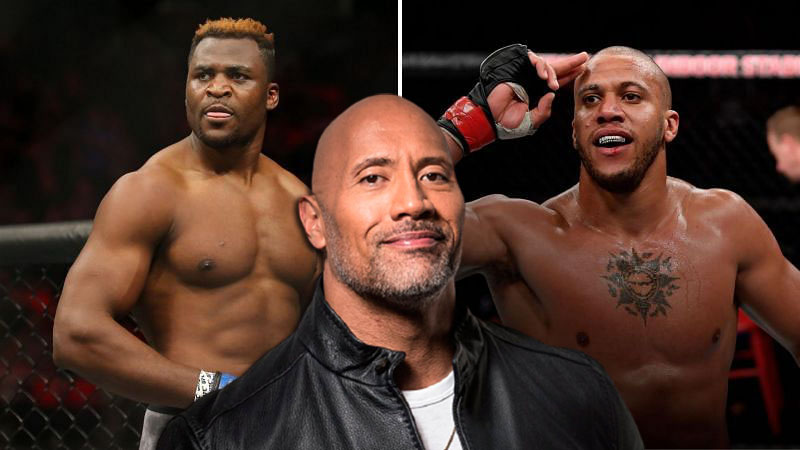 Dwayne ‘The Rock’ Johnson shared his thoughts on the highly anticipated heavyweight title bout between Francis Ngannou and Ciryl Gane.

Ngannou vs. Gane has the potential to be one of the greatest heavyweight bouts in the history of the company. With the title fight just a day away, former pro-wrestler, ‘The Rock’ believes the heavyweight showdown is an extremely unique matchup.

During a recent interview with ESPN MMA, Dwayne Johnson gave his take on the main event of UFC 270 and said:

On the flipside, what Ciryl Gane has managed to achieve in the sport with just 10 fights under his belt is unheard of. ‘Bon Gamin’ won the interim heavyweight championship at UFC 265 when he defeated Derrick Lewis via a third round TKO/KO.

It remains to be seen what happens when Francis Ngannou and Ciryl Gane step inside the octagon at UFC 270.

The 49-year-old suggested that ‘The Predator’ carries with him the same intimidation as prime ‘Iron Mike’. He said: