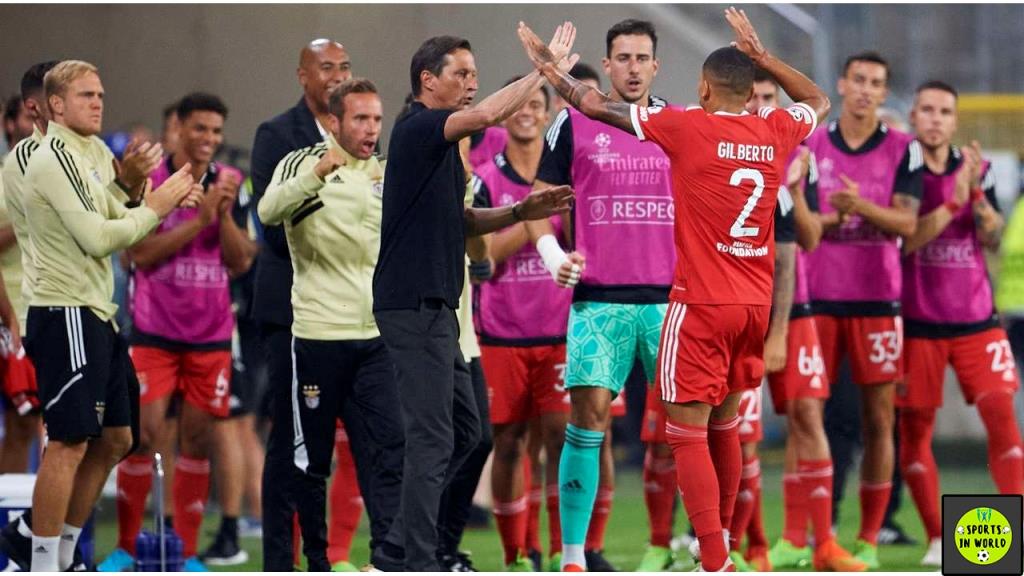 A spirited Dynamo Kyiv side were unable to pick up their first victory over Benfica in 31 years as the Portuguese outfit ran out 2-0 winners in the pair’s UEFA Champions League (UCL) play-off first leg.

Having successfully navigated two previous qualifying rounds to reach the play-offs, Kyiv were looking to qualify for back-to-back UCL group stages for the first time since 2016/17.

However, Benfica, who were unbeaten against the Ukrainian outfit across both group stage games last season, had other ideas, with Gilberto’s thunderous strike after just nine minutes giving Roger Schmidt’s side an early lead.

Although initially resolute in their response, Kyiv’s over-exposure at the back as they went in search of an equaliser would ultimately cost them, as a defensive mix-up allowed David Neres to pounce on a loose ball before slipping through Gonçalo Ramos for Benfica’s second of the evening.

A host of Premier League sides have been linked with the striker, and the 21-year-old’s composed first-time finish left Kyiv shot-stopper Heorhiy Bushchan little chance of making a save.

With a second leg to come in Lisbon next week, Benfica’s task after the break was to control the game and escape Poland, where this game was being played due to Russia’s invasion of Ukraine, with their two-goal advantage intact.

Kyiv’s pursuit of a way back into the tie didn’t relent, with Oleksandr Karavaev having an opportunity to snatch a goal back, but Benfica goalkeeper Odysseas Vlachodimos easily smothered the substitute’s tame effort.

In truth, Benfica were always able to keep their opponents at arm’s length, with the record Portuguese title winners now heavy favourites to progress.

As the outsider, it was always going to be a tough task for Kyiv, not only because of the situation unfolding back home, but also because they haven’t played a domestic fixture for eight months.