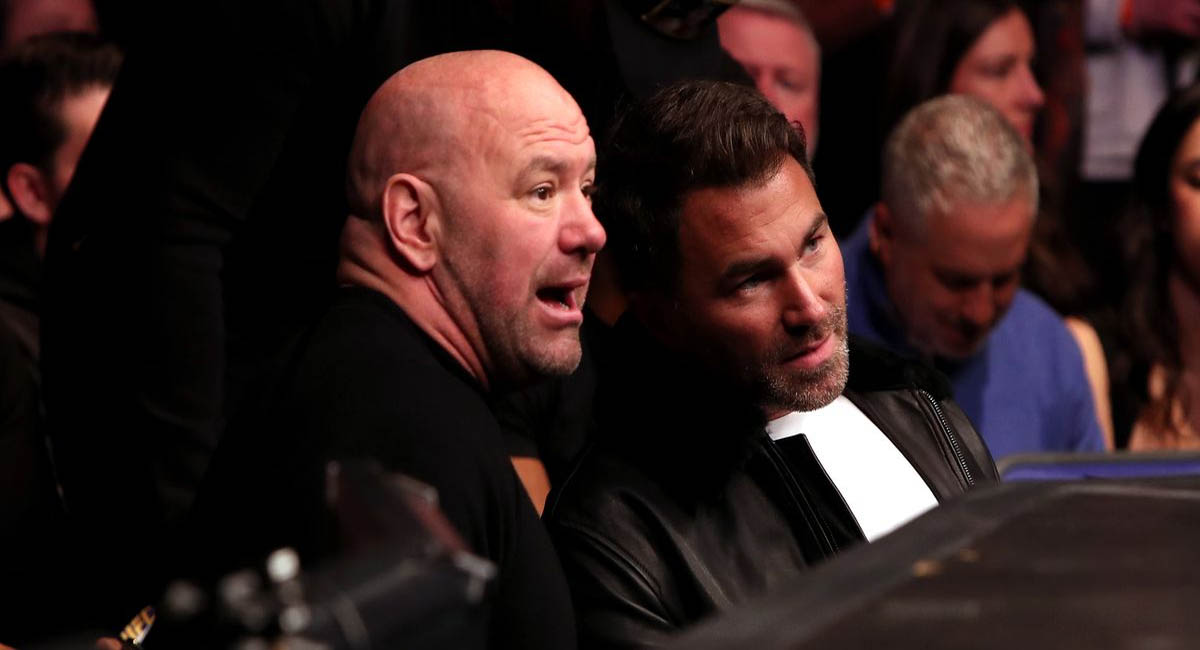 Hearn hinted that he is not thrilled with the human qualities of his colleague, but admires White’s professional skills.

Matchroom Boxing promoter Eddie Hearn recently joined Ariel Helwani on The MMA Hour to talk about several topics. During the interview, Helwani told Hearn he thinks he’s the best promoter in combat sports and asked if he agrees.

Hearn responded by saying, he undoubtedly believes he’s the best promoter in boxing but also admitted that he can’t truly say he’s a better promoter than White.

“I sometimes read that you don’t have a great relationship with Dana White,” Eddie Hearn said.

“I don’t really know the background, but what I’m saying is: I’m not in awe of Dana White, but I have huge respect for him as a promoter. So if you say to me, ‘Are you the best promoter in boxing?’ — it’s not even close.“

“Genuinely not even close. But Dana White, I see as a trailblazer in terms of promotion. And not just as a promoter, but in terms of the business, the brand, the way that that sport, or that brand, has penetrated the global combat market.

“So, for me to not answer that question with an ‘absolutely I am’ is a massive credit to Dana White because my ego is out of control. So I can’t sit here and say I’m a better promoter than Dana White, because I don’t know. The proof is in the pudding in terms of the growth that business has had.”

There’s no question that White is one of the greatest promoters of all time. He has helped take the UFC from a small promotion to, not only making the UFC a household name, but making the sport of mixed martial arts (MMA) a worldwide phenomenon.

Dana White also has his fingerprints on some of the biggest stars the sporting world has ever seen, such as Conor McGregor, Ronda Rousey, Chuck Liddell, Georges St-Pierre; and more.

And if his attitude is anything to be considered, he’s nowhere near done yet.