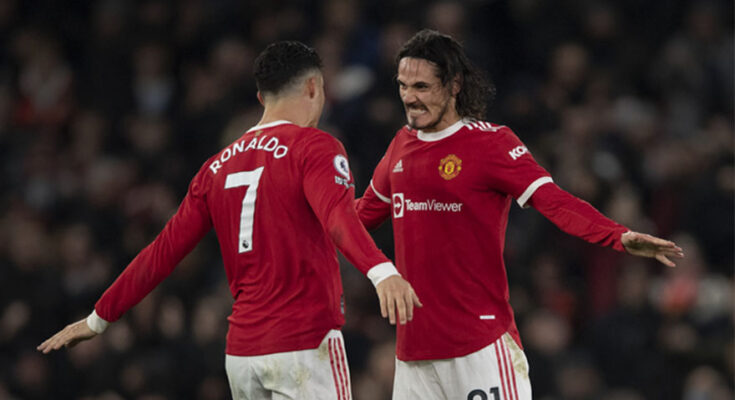 Cavani made the comments as part of his farewell interview with the club, in which he praised his fellow forward’s consistency.

He also praised goalkeeper David de Gea for his contribution to the campaign, in a difficult 2022/23 season.

United finished sixth, with Cavani struggling for injuries and scoring only two goals, compared to Ronaldo’s 24.

Edinson Cavani said: “I think that the stand-out player for us this season, and someone who did show a little bit more consistency, playing well regularly and always being there for us, has been Cristiano Ronaldo.

“I think that, apart from having a short period when he wasn’t getting on the scoresheet, which can happen when you are a striker, Cristiano was probably our one player who showed the most consistency.”

Consistency was something Cavani never got near during his second season. His paltry two goals was a huge downturn on his 17 the previous season.

Ronaldo’s arrival didn’t help him, and he recently told  ESPN Brasil he would have quit the club if he knew sooner that the star would be signing from Juventus.

Edinson Cavani naming Cristiano Ronaldo as his player of the season shows there are no hard feelings, and only respect towards one of the greatest players the world has ever seen.

United fans only wonder what may have been, if Cavani had managed to stay fit all season and forge a strong partnership with Ronaldo. The 3-0 win away at Tottenham, in which they both scored, offered a glimpse of what could have been possible, only to never be repeated.