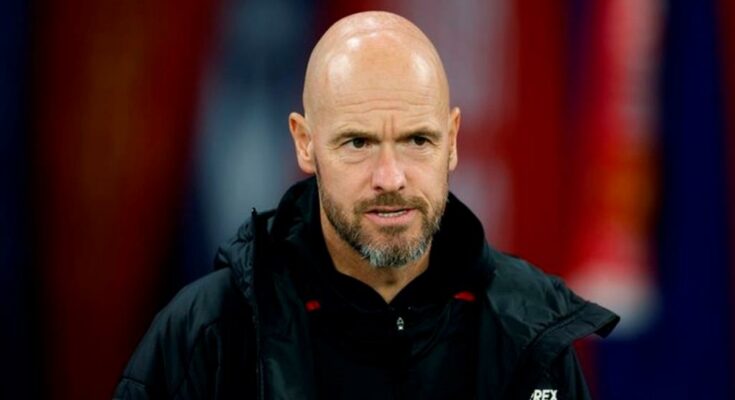 Manchester United manager Erik ten Hag was caught screaming at one of his players during the friendly win over Crystal Palace, according to Daily Star

Manchester United produced another commanding preseason display under the tutelage of ten Hag. Marcus Rashford, Anthony Martial, and Jadon Sancho were all on the scoresheet as United ran out 3-1 winners in the end. While the results have been strong, fans will be careful not to be overly excited considering how the previous season went.

Regardless, towards the end of the game, in the 88th minute, the Dutch manager was seen screaming at one of his players. Manchester United had already won the game by then, and David De Gea had kicked the ball upfield instead of playing it out as ten Hag prefers.

Youngster Charlie Savage also seemed to be at fault as he did not drop deeper to provide his keeper with an extra passing option. Ten Hag was caught screaming “What the f**k are you doing” at one of his players, although it is unconfirmed who exactly he was addressing.

Fans will undoubtedly be happy. There is little doubt that the team has not been up to it in recent months, and the manager is only trying to help his players be at their best.

Erik ten Hag will be happy with progress at Manchester United thus far.

While the window initially seemed to be heading in a precarious direction, Manchester United have picked up pace in recent days. While a deal for Frenkie De Jong is still not completed, the club moved quickly to sign Lisandro Martinez, who can undoubtedly be an important player.

The team needed a left-sided centre-back, and Lisandro has already performed at a consistently high level under ten Hag.

Fans have also consistently criticized club captain Harry Maguire and will be happy to see that he has new competition. Additionally, the midfield signing of Christian Eriksen might as well prove to be crucial.

The 30-year-old adds efficiency and experience and has the versatility to play in a slightly deeper position. There is little doubt that further signings need to be made if the club is to compete for trophies next season. Still, the signings so far have been astute, and the club only needs to follow suit in the coming weeks.