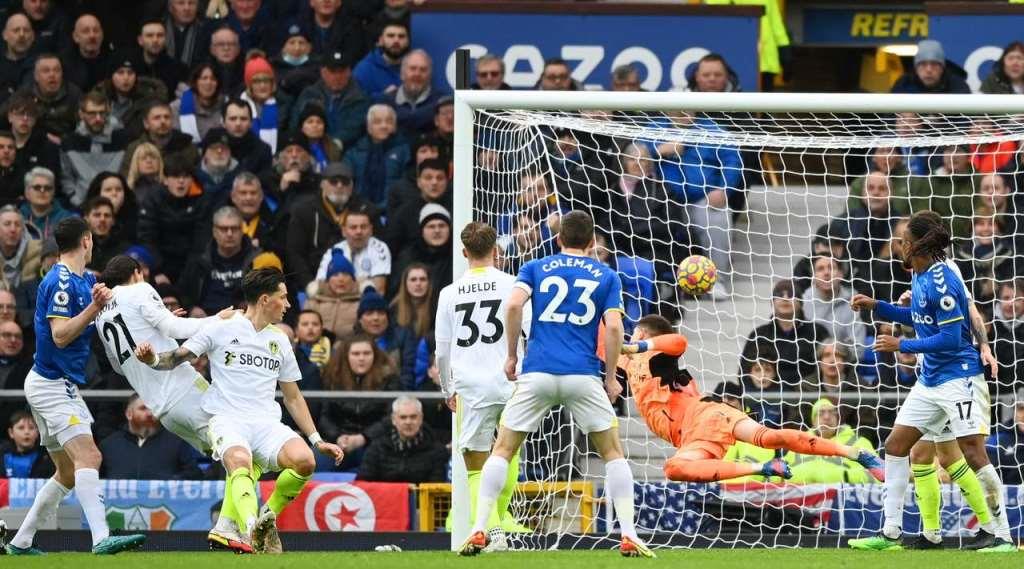 Everton swept aside Leeds United 3-0 at Goodison Park to record their first win in the Premier League (PL) since December 6, and put some much-needed distance between themselves and the relegation places.

The hosts almost made the perfect start to Frank Lampard’s first PL match at Goodison Park, as Anthony Gordon was denied by a superb piece of defending by stand-in skipper Luke Ayling, whose last ditch challenge spared the visitors’ blushes with just a minute on the clock.

But buoyed on by an electric home crowd, Everton were rewarded for their impressive start when they went ahead on ten minutes, as ​​Séamus Coleman headed home from close range after Dominic Calvert-Lewin scuffed Gordon’s cross towards goal.

Leeds were a lick of paint away from the perfect response to conceding for a tenth consecutive match, when Rodrigo Moreno saw his audacious effort from range crash onto the bar, but their hopes of drawing level were fatally wounded soon after.

Everton doubled their lead through Micheal Keane, who climbed above the Leeds’ defence to powerfully head home a corner midway through the first half, and a third for the hosts nearly followed soon after, with Gordon forcing a save from Illan Meslier. In response, Leeds nearly halved the deficit before the break, but again Rodrigo saw his curling effort hit the bar.

The second half started on a more even footing, but Everton remained the superior side. Gordon in particular was lively, working Meslier as he darted forward and struck towards goal a minute after the restart.

Leeds struggled to create in the second half after Raphinha was replaced at the break, with Daniel James firing their best chance of the second 45 minutes comfortably over the bar.

Just over ten minutes from time, the hosts added a third as Richarlison saw his strike from the edge of the area deflect off Gordon and into the back of the net to secure victory.

Having recorded their worst ever points tally after 21 matches in the PL era, Everton moved five points clear of the drop with a win. Meanwhile, Leeds stay 15th, one point ahead of the ‘Toffees’ but looking as defensively frail as ever.