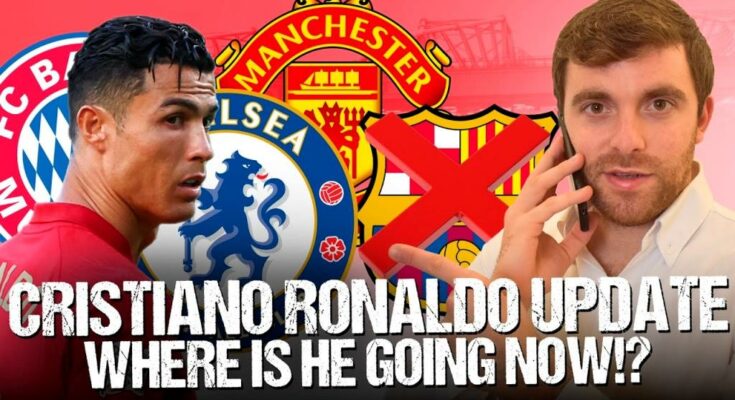 Manchester United superstar Cristiano Ronaldo reportedly feels the Old Trafford outfit’s ambition in the transfer market is not on par with his expectations.

Ronaldo, who is in the final year of his current deal, has reportedly asked United to allow him to leave if a suitable offer arrives for him this summer. The 37-year-old is seemingly interested in joining a club where he can compete at the highest level.

According to acclaimed transfer expert Fabrizio Romano, Ronaldo’s agent Jorge Mendes is currently exploring multiple options to find a proposal for his client. Chelsea, Bayern Munich and Paris Saint-Germain are interested in signing the five-time Ballon d’Or winner, according to ESPN.

Speaking on his YouTube channel, Romano provided some insight into the ongoing transfer saga involving the Portuguese striker. He said:

“In the last few days, Cristiano has spoken to Manchester United through his agent and has asked to leave the club this summer. Cristiano wants to go and try something different — he is not happy with the club’s ambition in the market. Now, they have signed Tyrell Malacia, Christian Eriksen is one step away from being official; Frenkie De Jong negotiations are ongoing, so let’s see what’s next. Lisandro Martinez is a player they want, but Cristiano Ronaldo wanted more.”

“He’s convinced that Manchester City are on another level, also Liverpool after signing Darwin Nunez and extending the contract of Mohamed Salah. Tottenham Hotspur and Arsenal are doing very good in the market, so Cristiano’s thinking is that Manchester United are not at the best level in the Premier League and face the risk of not being in the top positions of the Premier League next season. This is why Cristiano is not happy and has asked to leave the club and this is why Jorge Mendes is working on many potential possibilities.”
Meanwhile, the forward has missed training with the Red Devils for two days due to ‘family reasons’, as per The Athletic.

After arriving at Old Trafford last summer, Ronaldo netted 24 goals in 38 appearances across competitions last season. Overall, he has registered 142 goals and 71 assists in 329 games for the Premier League giants.