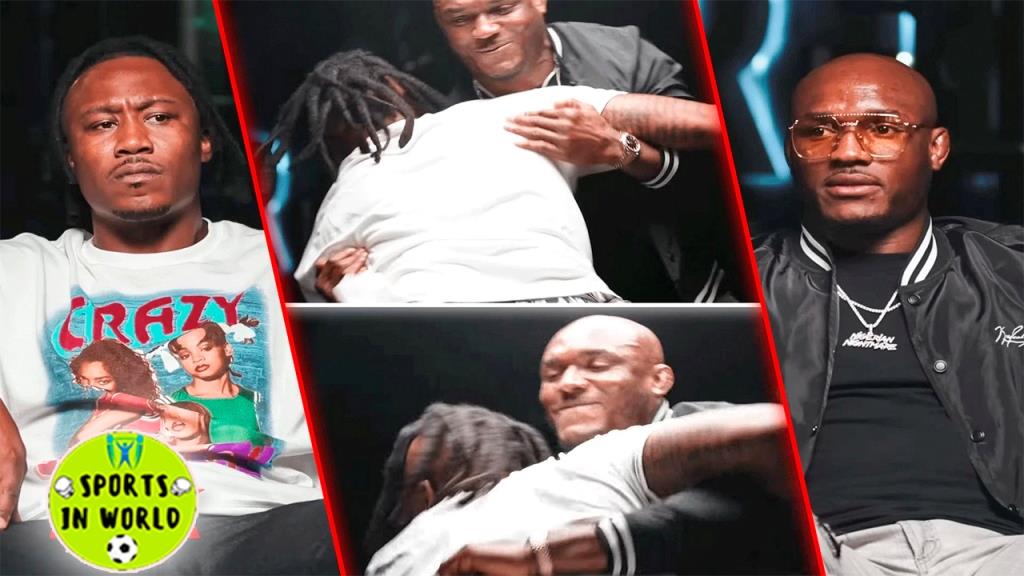 Leon Edwards will challenge Kamaru Usman for the welterweight title in a highly anticipated rematch at UFC 278 next weekend.

During Kamaru Usman’s recent appearance on I Am Athlete, Marshall asked the UFC welterweight king to take off his shades so they could get into a friendly scramble.

‘The Nigerian Nightmare’ had little difficulty getting double underhooks and proceeded to push Marshall back into his seat with ease.

Fans couldn’t stop trolling Marshall for attempting to wrestle the UFC P4P king in the first place. While inviting Usman to wrestle, the former NFL star stated that he just wanted to check “the height thing”.

Fans took a dig at Marshall for believing that he had a height and weight advantage over Usman in a grappling exchange. @King_Tico wrote:

“He really thought he had a height and strength advantage”

Below are some of the other fan reactions:

Fans in general are in awe at the ease with which Usman wrestled the former NFL wide receiver. @DasburT_ wrote:

“He placed him right back into his seat with ease”

Kamaru Usman comes from a wrestling background and is currently sitting atop the UFC welterweight division.

The UFC P4P king was recently inducted into the collegiate wrestling Hall of Fame.