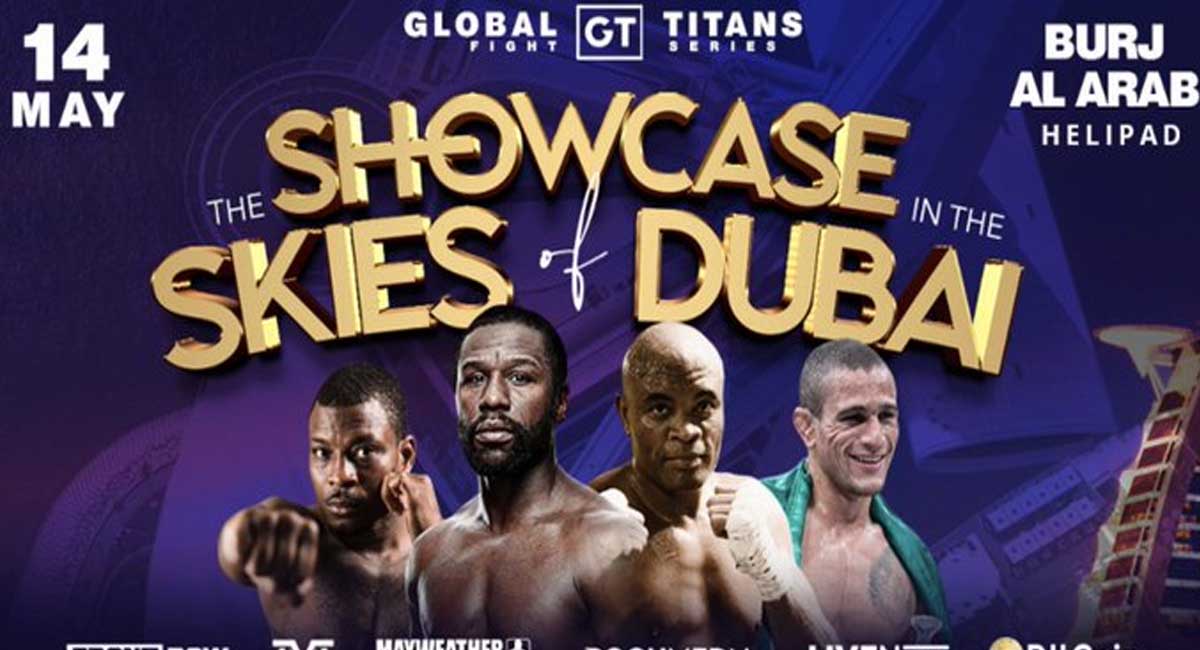 In a phone call with FightHype, Mayweather said that the press conferences clashed due to Anderson Silva’s schedule. Silva, the UFC star, is scheduled to have his third boxing match on Mayweather’s card. In the interview, Mayweather said:

“I’m never trying to step on anyone’s toes. The guy from Brazil… the MMA fighter… Anderson Silva had to fly out of Miami late Thursday night or early Friday morning, if I’m not mistaken he was heading to Brazil so we couldn’t do the press conference any other day.”

Mayweather also said that he asked Silva to do the conference a day later. When he requested this, Silva allegedly paid him a million dollars to hold the conference when they did. Mayweather added that Davis and Romero should not be focused on anything but their own fight:

“What I’m doing in Dubai is not going on my boxing record… What Rolly and Tank is doing, if someone takes an ‘L’ that stays with you throughout your whole career. The goal is not to be worried about Floyd Mayweather. Worry about training camp, worry about building generational wealth, worry about pay-per-view numbers.”

Check out the full interview between FightHype TV and Floyd Mayweather Jr. here:

Floyd Mayweather Jr. has arranged an exhibition boxing match in Dubai as part of an event titled ‘Global Titan Fight Series’. Moore is a longtime friend and training partner of Mayweather’s, who has a professional boxing record of 18-0-1 with 12 career knockouts. He retired from boxing in 2016.

Post-retirement, Mayweather has expressed interest in a number of exhibition matches. In 2018, he fought Tenshin Nasukawa, a Japanese kickboxer, in Saitama, Japan.

The event features an undercard bout between Anderson ‘Spider’ Silva and Bruno Machado. It will be Silva’s third boxing match since leaving the UFC. In 2021, he beat both Julio Cesar Chavez Jr. and Tito Ortiz.