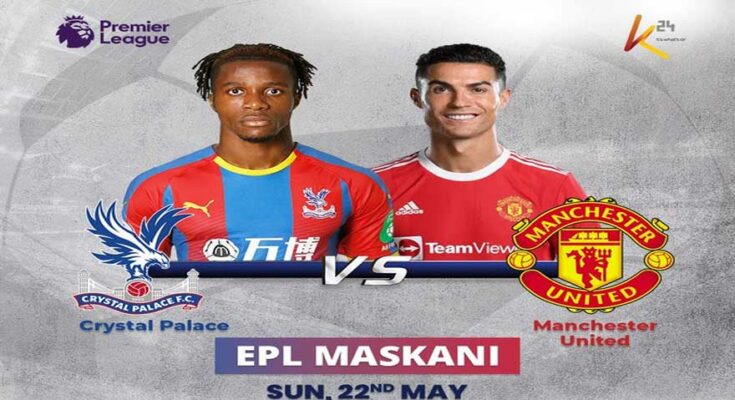 Ralf Rangnick will take charge of his final game as Manchester United interim manager at Crystal Palace on Sunday.

Despite teasing his return to bid a farewell to the United fans, Paul Pogba has been ruled out having failed to recover from a calf injury ahead of his contract expiring.

But the Red Devils has received boosts on multiple fronts before the trip to Selhurst Park.

Marcus Rashford and Jadon Sancho are back in training after bouts of illness and could be named in the squad, along with Luke Shaw and Eric Bailly who have shaken off issues.

The England contingent, however, could all miss out. Shaw for personal reasons after the birth of his second while while Sancho and Rashford will not be risked.

Rangnick did also admit a “number” of players are suffering with knocks.

A number of youngsters have joined first-team training this week and could stake their claim as Erik ten Hag watches on before officially taking charge of the team.

A 3-2 defeat to Everton may have left Crystal Palace feeling blue, but they can still obtain their best PL finish since 2014/15 (10th) by winning on this final match day. A superior goal difference is a boost in that quest but they will still need results to fall in their favour from those directly above them if they are to complete their aim for a top-half finish.

There’s reason to be confident though, as Patrick Vieira’s men are unbeaten in their last seven home games (W4, D3) and only three other sides have conceded fewer PL home goals than Palace’s 17. However, a point here will not take them into the top half, which is perhaps a worry for fans as their team has recorded more PL home draws (eight) than any other side this season.

They host Manchester United whose current 58-point PL tally guarantees that they will end the campaign on a record-low points haul, with their previous worst being 64 back in 2013/14. The ‘Red Devils’ are unable to better their current sixth place whatever happens, but an inferior goal difference means that a failure to win here, coupled with a West Ham victory, would see them drop out of a UEFA Europa League position and into seventh.

With more leaks than a ‘Fawlty Towers’ en suite, and after losing five straight away games, the UEFA Europa Conference League may be beckoning for a defence that’s conceded more PL goals (56) than any other United side in a single campaign. To make matters worse, their recent 4-0 defeat at Brighton marked the 12th PL game in which United have conceded 4+ goals since Sir Alex Ferguson retired, which is as many as they managed in his 810-game reign!

Players to watch: Five of Wilfried Zaha’s PL goals this season have been winners, and no player has ever scored more winning goals in a single campaign for Palace. Meanwhile, Cristiano Ronaldo has now won the PL Player of the Month for a sixth time, which is more than any other United player, and has been United’s first goalscorer three times across his last five appearances.

Hot stat: Only Newcastle (nine) have conceded more PL away goals this season than United’s eight between the 81st – 90th minute.