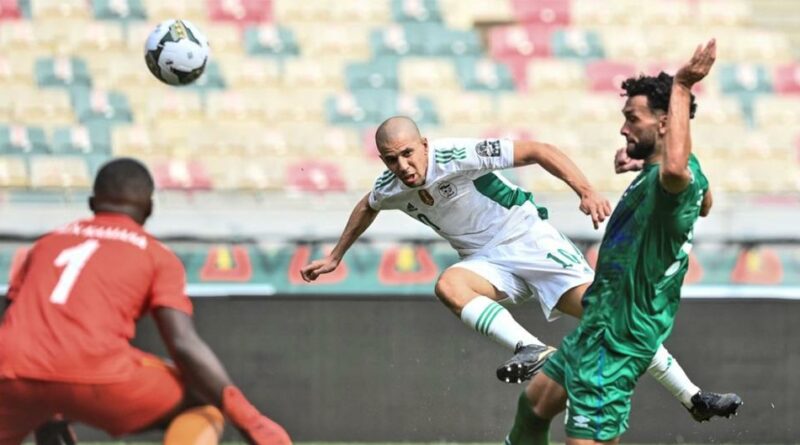 Defending Africa Cup of Nations (AFCON) champions Algeria extended their unbeaten run in the competition to nine matches despite being frustrated by a resolute Sierra Leone in a 0-0 draw at the Japoma Stadium.

The two sides struggled to break the deadlock as they went in pursuit of the three points in the opening match of Group E at the 2021 AFCON.

Engaging in only their second-ever meeting with the ‘Leone Stars’ at the AFCON, Algeria dominated, possessing two-thirds of the possession, although they failed to manufacture any meaningful opportunities in the first period. Sierra Leone have participated in the continental tournament on just two previous occasions, but they stood firm against one of the favourites for overall victory. John Kamara even tested the reflexes of Raïs M’Bolhi from long-range in the 31st minute. No side scored more than Algeria during the qualification process for these finals, but Algeria were left frustrated at HT, restricted to only one shot on target by their determined opponents.

Sierra Leone were more adventurous after the interval, and they thought they had taken the lead in the 49th minute when Mohamed Buya Turay slotted past M’Bolhi. However, they were ultimately left disappointed, as referee Ahmad Heeralall disallowed the goal for an offside in the build-up to bring an end to the premature celebrations. Moments later, Algeria should have taken the lead, but Yacine Brahimi allowed a relieved Mohamed Kamara to get an instinctive hand to his mistimed effort.

In an attempt to reignite the ‘Fennec Foxes” ineffectual attack, boss Djamel Belmadi introduced a trio of substitutions as the game entered the last 25 minutes, while his opposite number John Keister resisted the temptation to make any changes.

Despite a late onslaught, in which they forced Kamara to produce a host of fine saves, Algeria began their quest to become only the second-ever nation to win back-to-back AFCON trophies in an unconvincing manner. Meanwhile, although Sierra Leone remain with just one win in the tournament across three editions, they will be delighted with this well-earned point.