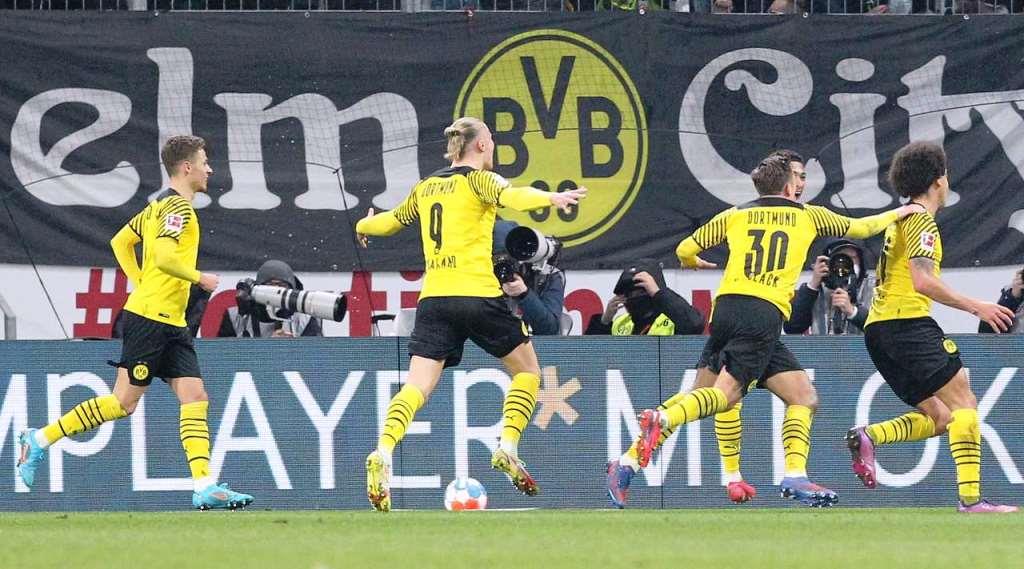 Borussia Dortmund scored a dramatic late winner to beat FSV Mainz 05 and close the gap to Bayern Munich to four points. Axel Witsel’s first goal in over two years condemned the hosts to just a second Bundesliga loss at the MEWA Arena this season.

The hosts were playing their first game for over two weeks after a spate of Covid cases within the squad, and there was very little lateral flow on offer in a cagey, disrupted first half.

Dortmund were dominating possession for large periods, but struggled to create clear-cut chances, with neither side managing a shot on target in the first 20 minutes.

Thorgan Hazard was the first man to force a save from either goalkeeper, as his drive from an acute angle on the left was comfortably denied by Robin Zentner.

The ‘05ers’ grew into the half and began to pose more questions of the visitors’ makeshift defence. Their best opening came after Nico Schulz was dispossessed cheaply in midfield, which allowed Karim Onisiwo to cross to Jonathan Burkardt, but Emre Can was on hand to prevent the German netting for the first time in 11 outings.

Dortmund had disappeared as an attacking threat, so it came as no surprise to see Erling Haaland step up his return from injury off the bench. Despite the Norwegian’s introduction, Mainz continued to control the game and Silvan Widmer was the latest to fire at goal, but Gregor Kobel was equal to his effort.

Urgency was growing as Marco Rose’s side chased an invaluable opener, but Donyell Malen was next to fluff his lines, as his scuffed effort flew comfortably wide of the target.

The pressure was mounting too as Dortmund probed away, with Schulz teeing up Haaland to force a fine stop from Zentner.

Mainz relied on late drama to beat Bayer Leverkusen in their last outing, but there would be a nasty sting in the tail for Svensson this time.

A dangerous free-kick from Giovanni Reyna floated beyond Mainz’s backline and Witsel arrived to poke home and score what could be a crucial goal in the title race. A first home defeat in 10 outings leaves the ‘05ers’ 10 points adrift of the European places.