Brighton and Hove Albion fell to a sixth straight defeat as Tottenham Hotspur won at 16.03.2022 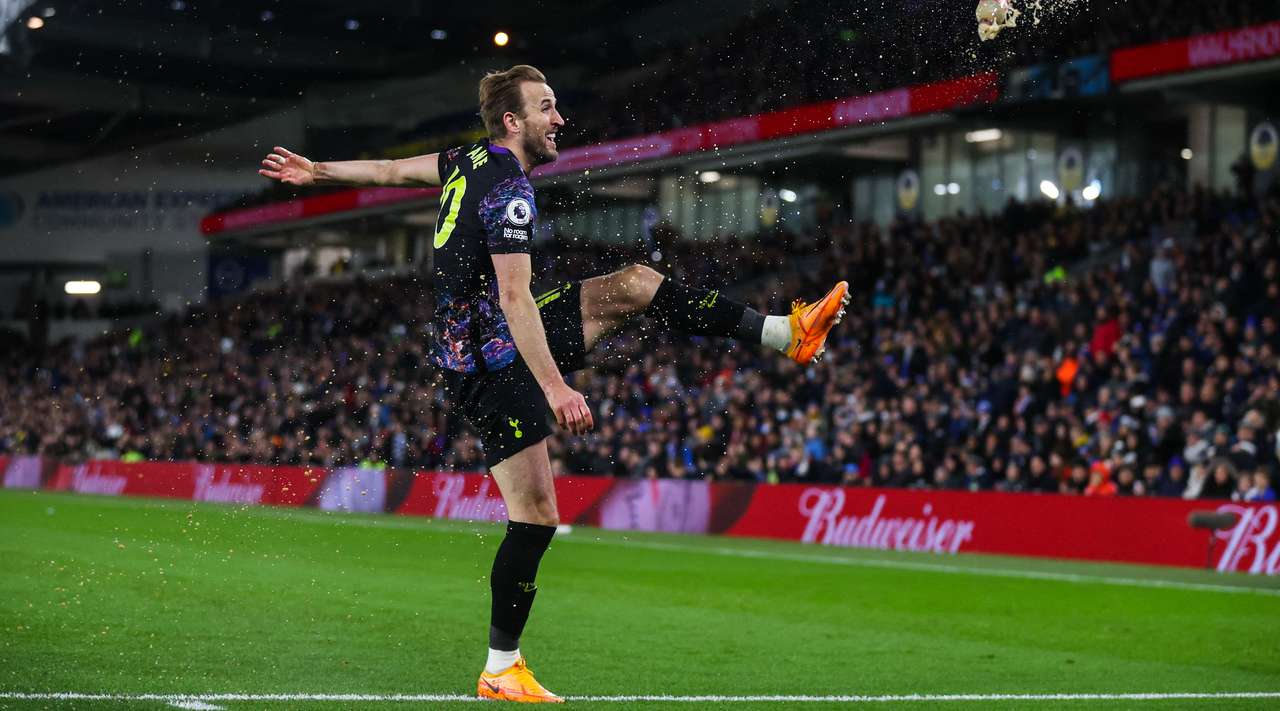 Brighton and Hove Albion fell to a sixth straight defeat, with Harry Kane breaking the record for most away goals in Premier League (PL) history as Tottenham Hotspur won 2-0 at the Amex Stadium.

In a disjointed first half in Sussex, the visitors had the best chances of a game that struggled to find its mojo.

Tottenham should have taken the lead on five minutes when Robert Sánchez was dispossessed, but after rounding the Brighton keeper Kane could only drag his shot wide of the empty net.

With little clear chances in a flat first half, Antonio Conte’s men did need a bit of luck to take the lead on 35 minutes, as Dejan Kulusevski’s snatched shot from the edge of the area deflected off Cristian Romero and into the net.

Tottenham might have quickly doubled their lead minutes later, but Kulusevski was denied by Sánchez from close range, with Brighton continuing to gift opportunities to the visitors with some usually wayward passing.

In the second half, Brighton showed far more attacking intent, with a subdued crowd finally woken up by a side playing with a lot more intensity.

There were half-chances for Leandro Trossard and Shane Duffy, but the improvement was short-lived, as Tottenham doubled their lead when Rodrigo Bentancur broke forward on the break, playing in Kane who expertly struck past Sánchez on 59 minutes.

The visitors might have then had a third, with Kane picking out Sergio Reguilón, who was denied by Sánchez as ‘Spurs’ comfortably held on for what could prove to be a crucial three points.

The ‘Seagulls’ now have one win in their last 12 PL home matches, with ‘Spurs’ moving four points off the top four following victory. It could prove vital, as Conte’s side look to avoid finishing out of the top six in consecutive seasons for the first time since 2007/08 & 2008/09.