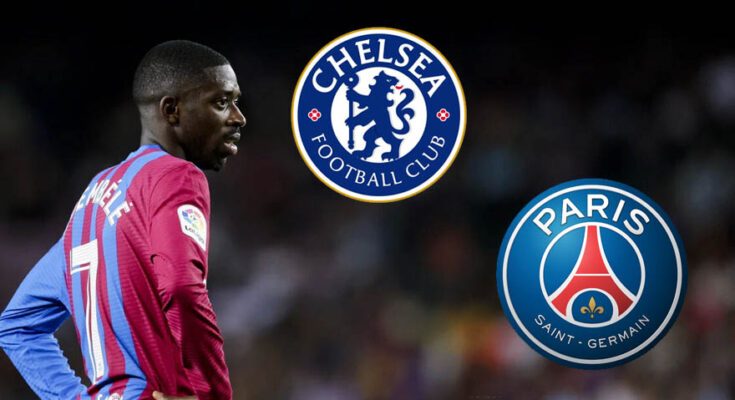 Premier League giants Chelsea are targetting Barcelona’s Ousmane Dembele as a possible summer signing as they continue their search for an attacker, The Guardian report.

Ousmane Dembele’s contract situation at Barcelona has still not reached a satisfactory resolution. Talks over an extension have been ongoing for the past couple of months after they had completely broken down at the turn of the year.

However, there is still some difference between the terms that the player’s camp is seeking and what Barcelona are prepared to offer.

Paris Saint-Germain (PSG) are also monitoring Dembele’s situation and see him as a potential replacement for Angel Di MAria, a report from Le10Sport claims.

Ousmane Dembele, who will see his contract with Barcelona run out in June 2022, is yet to sign an extension with them.

Days after Neymar’s €222 million move to Paris Saint-Germain, the Blaugrana went for then-Borussia Dortmund’s budding starlet Ousmane Dembele. The Frenchman cost the club a whopping €140 million, but has failed to make the kind of impact many expected.

Suffering multiple injuries over the last five years, Dembele has only featured in 150 matches for the Catalan giants, recording 32 goals and 34 assists.

The 2018 World Cup winner, however, recently turned a corner in Catalonia under Xavi, recording 13 La Liga assists since the former midfielder’s appointment as manager of the club.

Impressed with his performances, Barcelona are open to extending the player’s stay by a few more years. Dembele, however, is yet to green-light the extension, encouraging PSG to make a move.

But PSG are not alone in the hunt for the player’s signature. Chelsea have identified him as target, and Thomas Tuchel could reunite with the former Dortmund winger — a player he has managed for 49 games — if the rumours turn into a serious pursuit and possible signing.

Due to a lack of ‘consistency’, Tuchel is supposedly interested in bolstering his team’s forward line ahead of the 2022-23 campaign.